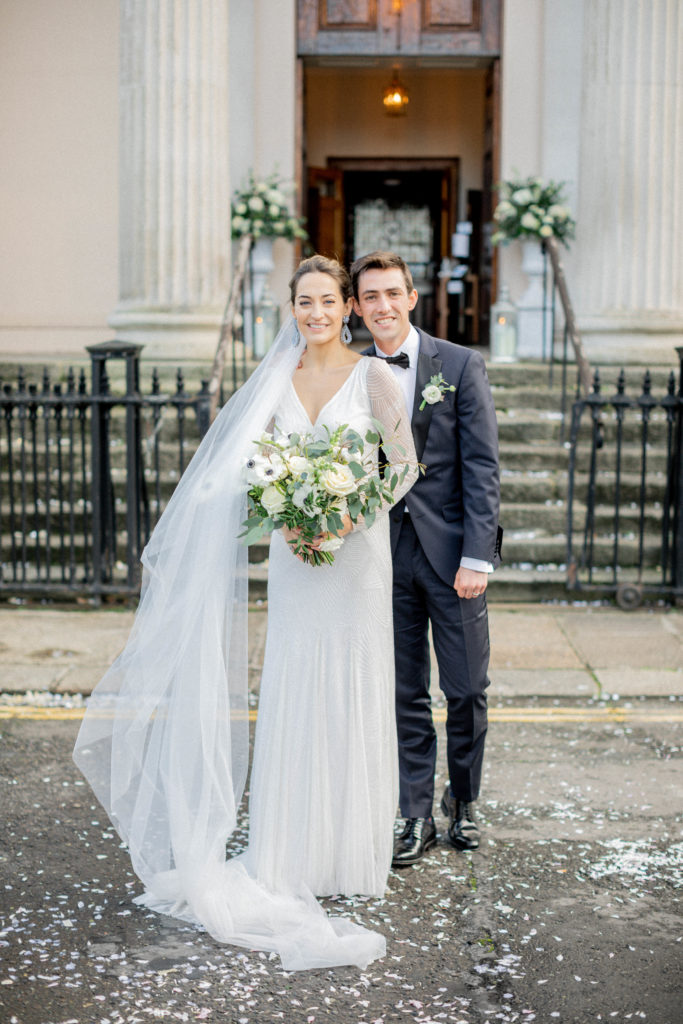 Hannah and Andrew met through mutual friends on a night out in Dublin in their mid-twenties. 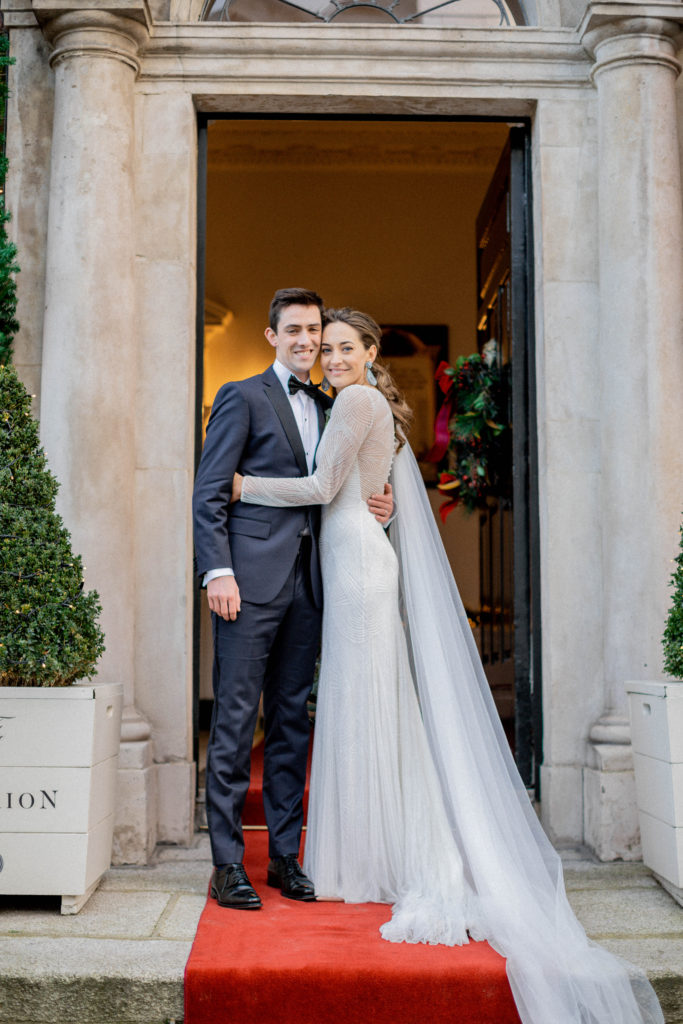 The pair never looked back from then on, spending an inconceivable amount of time with each other that first summer together, which also happened to be a heatwave. Happy memories! 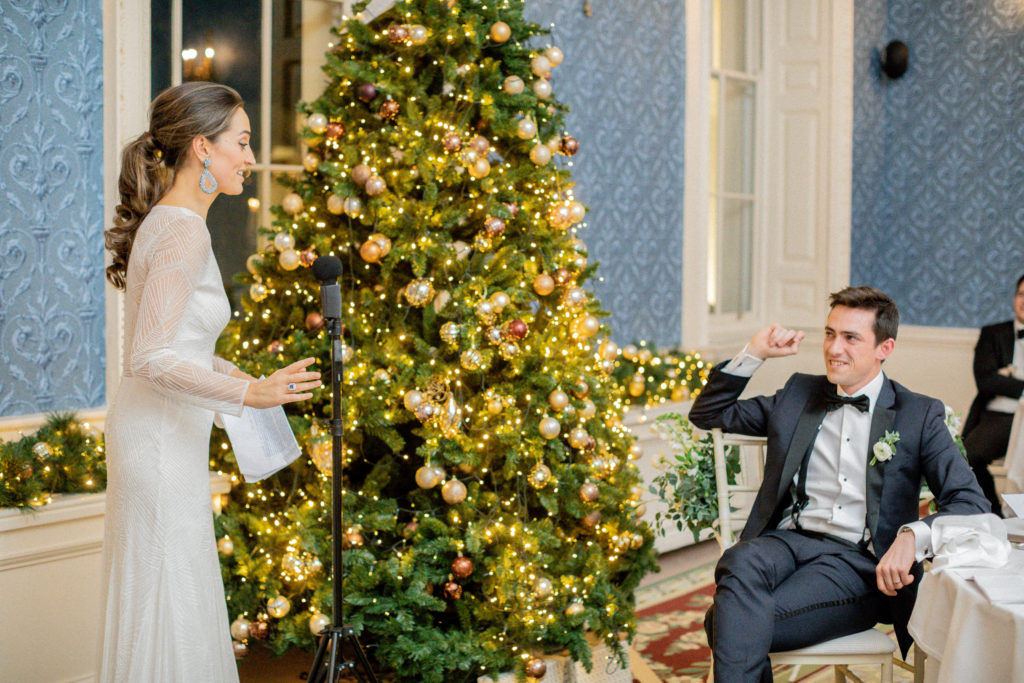 The two planned a short break in April 2019 to Cascais and Lisbon. Hannah and Andrew spent their first day roaming around Cascais, trying little tapas bars, perched in the sun, happy out. That afternoon, they headed to their hotel’s roof terrace overlooking the bay (which they conveniently had to themselves) for a few ‘sundowners’, Andrew first returning to the room to get his “charger”. 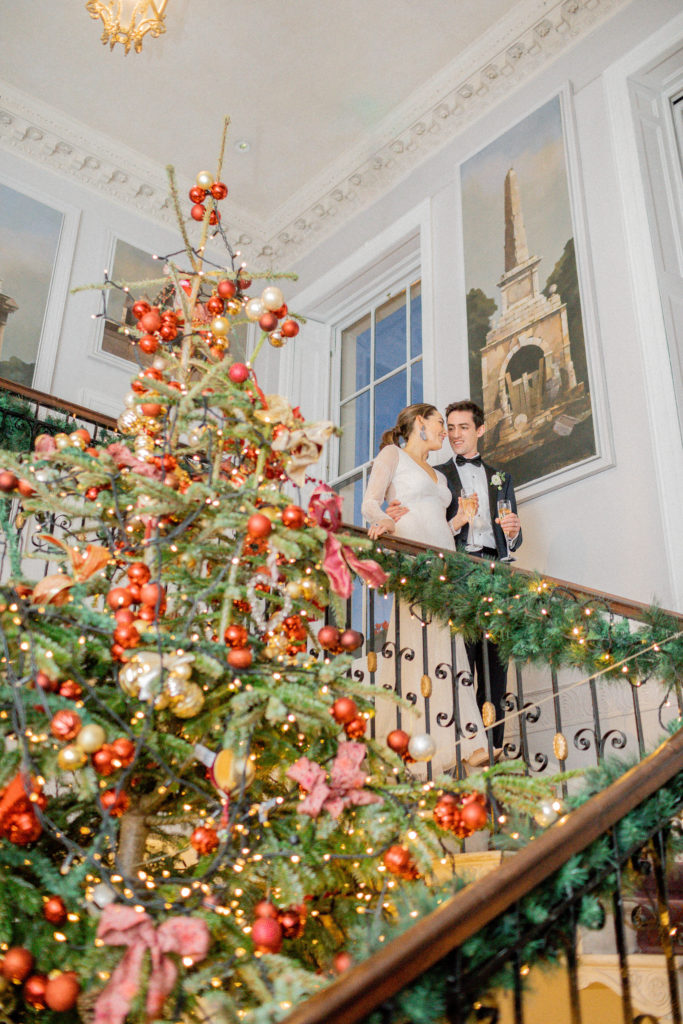 When he arrived back, he was suddenly at the same level as Hannah on the lounger; it took her a few too many seconds to realise that he was proposing! He surprised his soon-to-be bride with the most beautiful ring he had spent months designing, and that night, the pair shared an exceptional celebratory dinner. Keeping the news to themselves for the first 24 hours made it feel like a little dream! 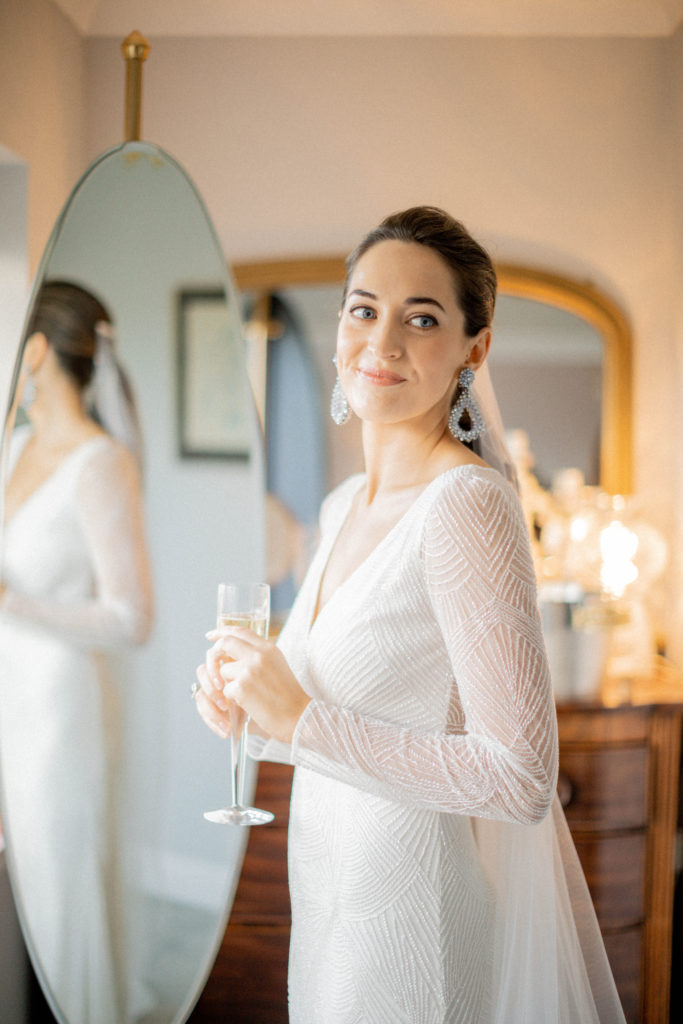 Hannah had no idea what style she wanted, so she was a completely blank canvas going dress shopping. She went with her mum and sister, and they did about four shops in total. Hannah felt like if she had kept going, she would never have been able to narrow it down. 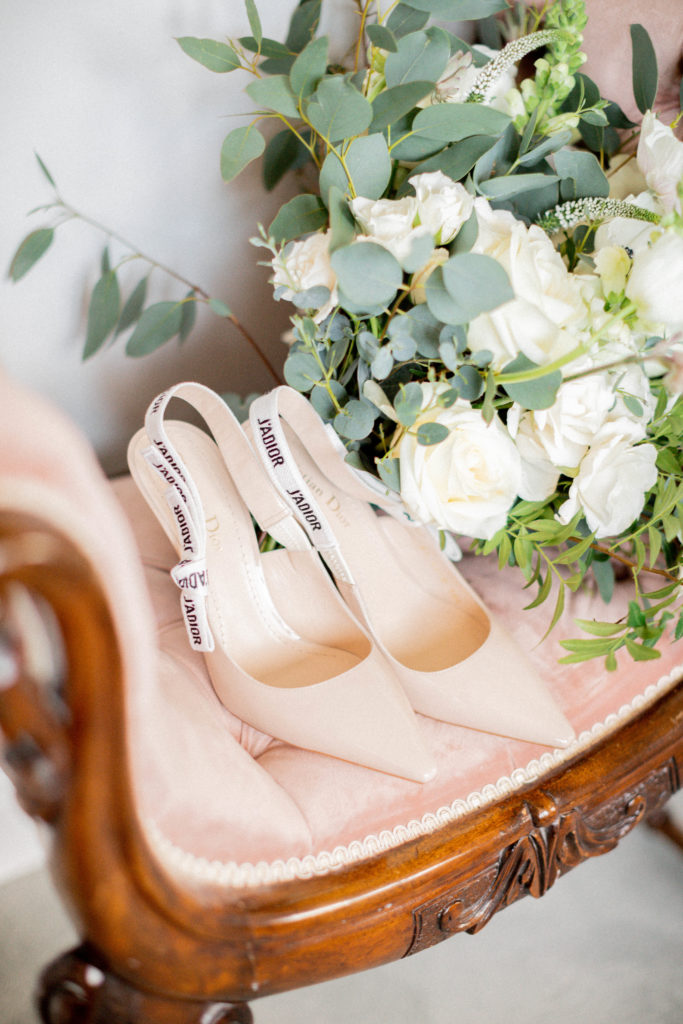 However, the minute the bride tried on her dress, it felt fun and unique – a fully beaded wedding dress was never something she had imagined for herself! Orla in Sharon Hoey was a huge help; her creative ideas and eye for detail really added to the experience. 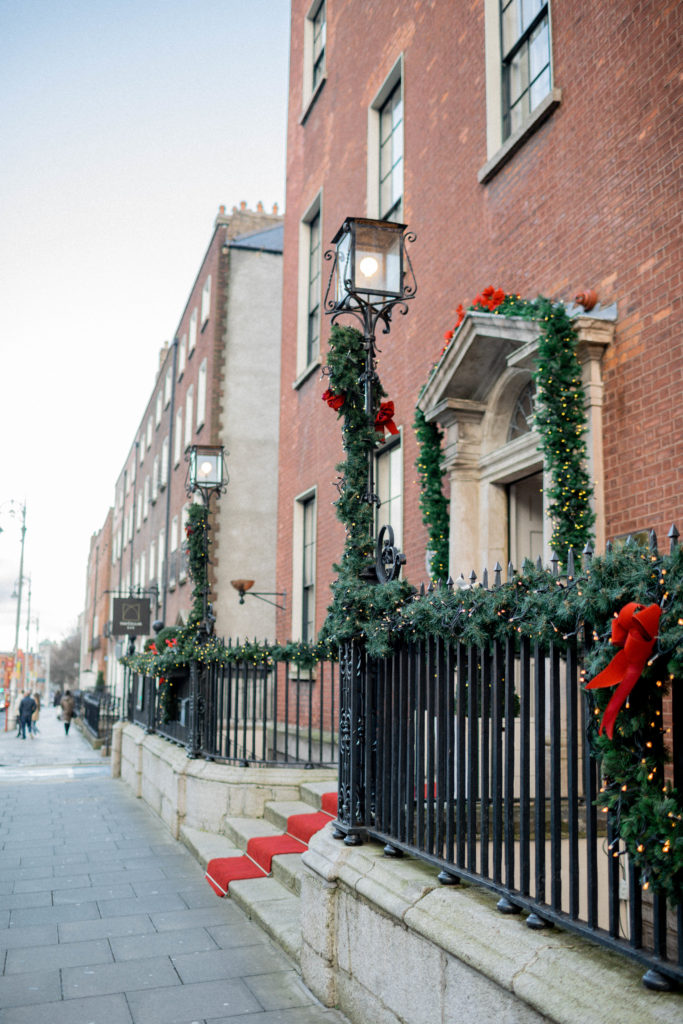 Sometimes, the pair think back on last year's difficulties and agree that the only silver lining to emerge from all of the postponements and disappointment was the change of venue to Dublin city. As the wedding took place in lockdown level five, they truly had the city to themselves. The couple were fortunate enough to have their wedding ceremony in the iconic Pepper Canister Church, a place they now frequently pass by with very fond memories. 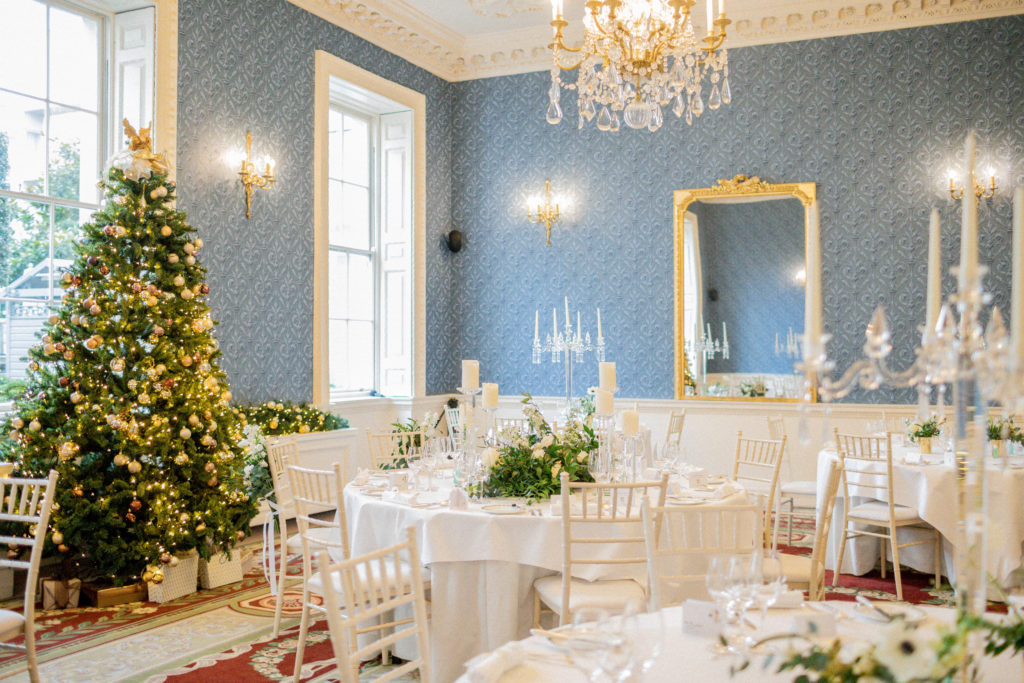 In terms of the wedding reception, Hannah & Andres were, unfortunately, let down quite badly by their original venue, but the way they were treated by Laura McGinn and her team in the Merrion made up for it in spades. They exceeded the couple's expectations in every department – from organising a cake a few days before the wedding to a last-minute change to the table plan the night before, nothing was too much of an ask. The day was made so special, both for the pair and each of their guests. 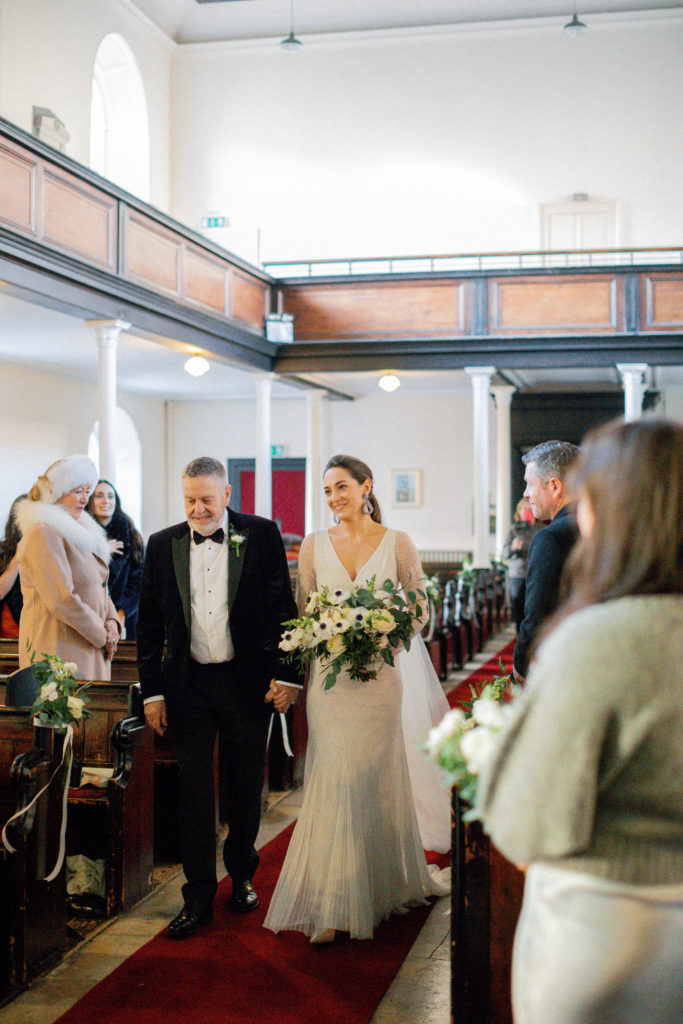 Jon Sadlier played Hannah up the aisle to the beautiful “River Flows in You” on piano. This set the tone for the rest of the ceremony, during which the couple were serenaded by Andrew’s brother, Alec, and close friend, Richie, who sang extraordinary renditions of “I’m Gonna Be (500 miles)” and “Dreams”. 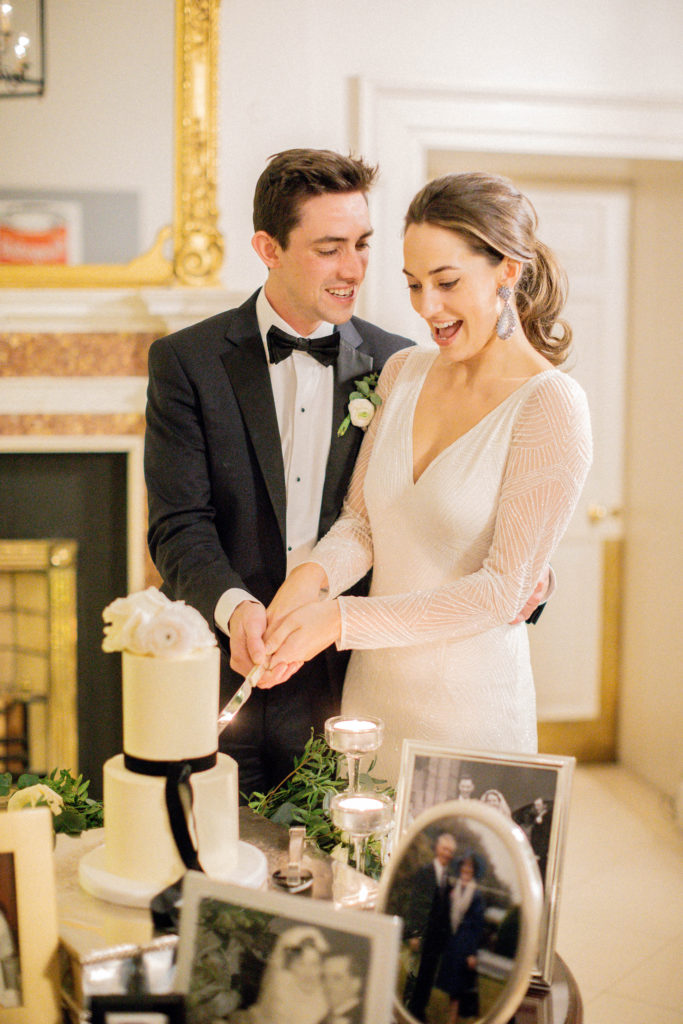 Unfortunately, due to Covid restrictions, the two couldn’t have a live band at the reception but did hear from Jon again at their pre-dinner drinks, who did an amazing job at getting everything buzzing for the rest of the day. 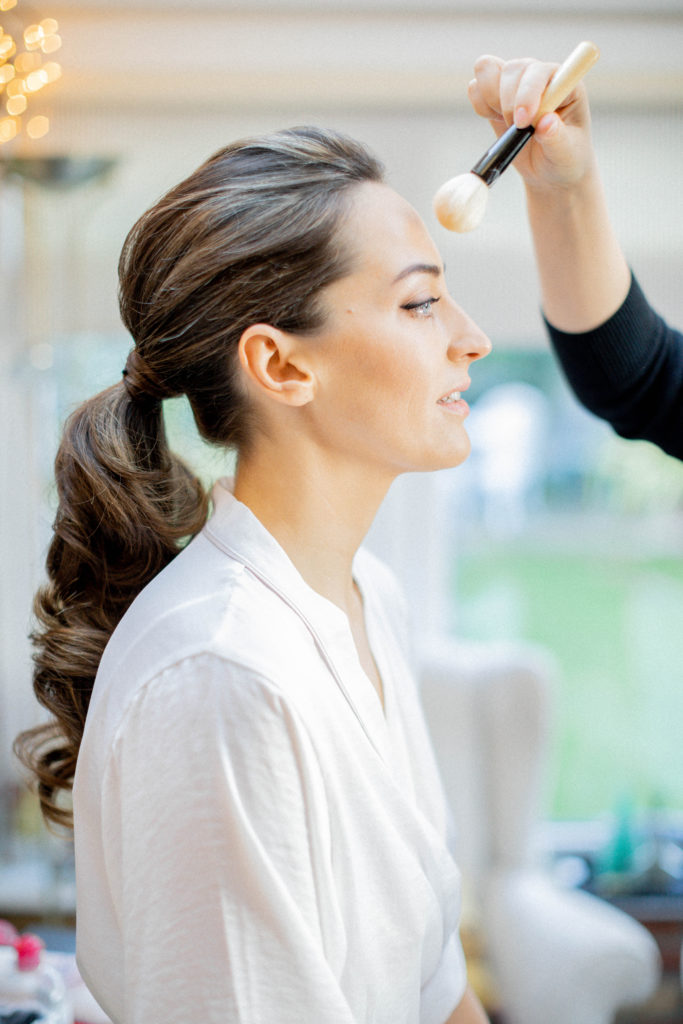 In the run-up to the wedding and in between lockdowns, Hannah had invested in a course of facials in Nuala Woulfe Beauty Salon in Glasthule. She also had a pretty decent array of shampoos and hair treatments on the go. In terms of the big day itself, Covid played a few games with her intended beauty prep! Appointments she had booked for tan and nails had to be scrapped when the news of the post-Christmas lockdown was announced – they scrambled for nail appointments on December 23rd and ended up doing their own tan (thankfully erring on the side of less is more!). 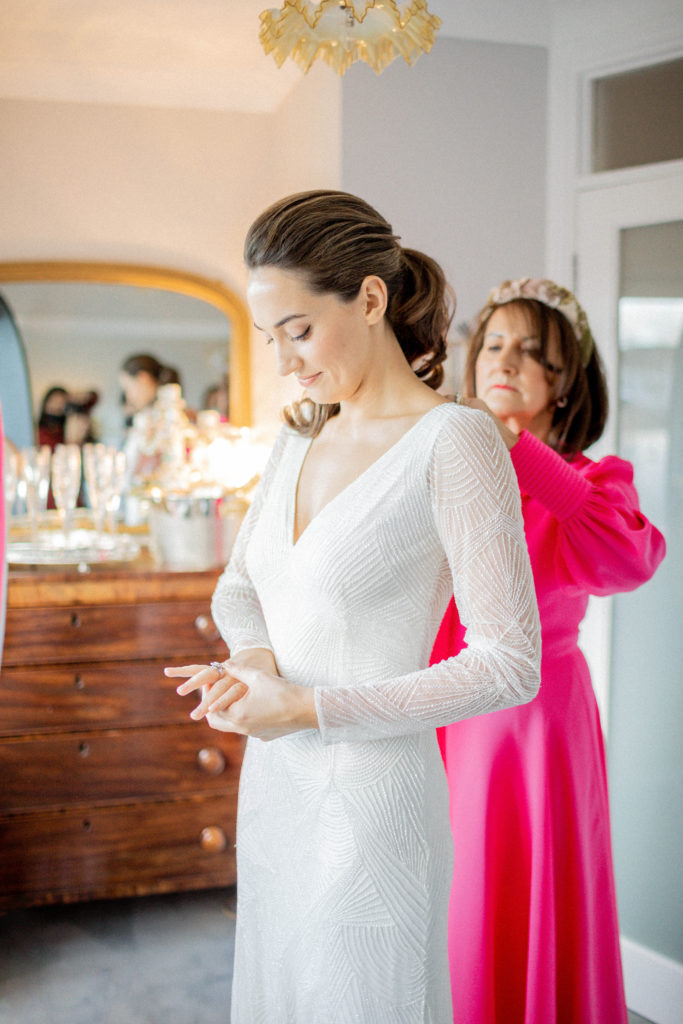 To add fuel to the fire, Hannah's original hairstylist and make-up artist were both classified as close contacts just a few days before the wedding! The bride to be felt awful for them at the time, not an easy phone call to make, but they were so helpful in finding excellent substitutes in David and Kate, who were a dream team on the day! The brides signature scent was Maison Margiela Replica – Jazz Club. Interestingly, it’s created as a unisex scent, probably slightly unusual for a bride on her wedding day, but Hannah loved it! 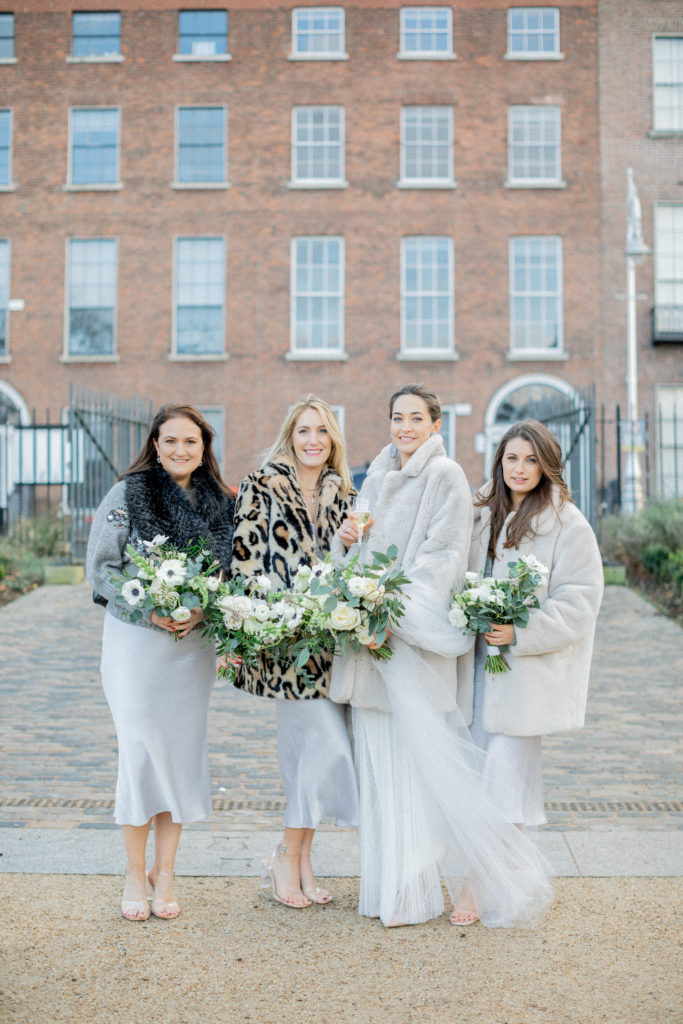 Hannah's bridal party comprised her big sister, Sharon and close friends, Niamh and Eilish. Her adorable niece, Sophia, assumed the coveted role of flower girl. The girls had the challenging task of organising not one but four hens, three of which were cancelled due to the pandemic! 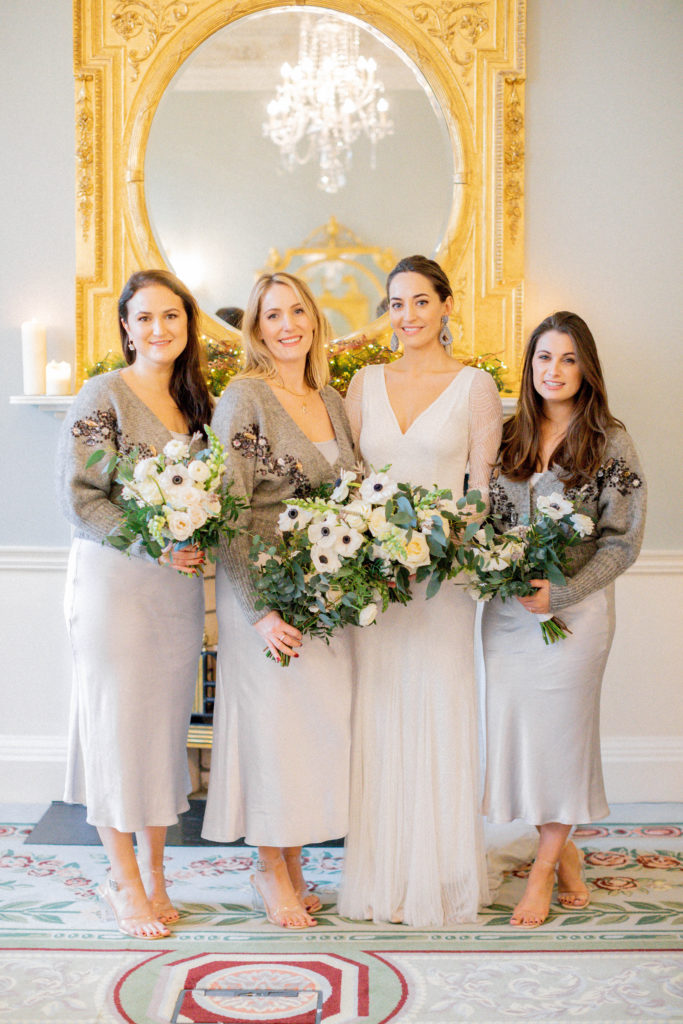 Although, in the end, they pulled off a great day out in Dublin, which probably ended a bit too prematurely for the bride-to-be, the excitement getting the better of Hannah! 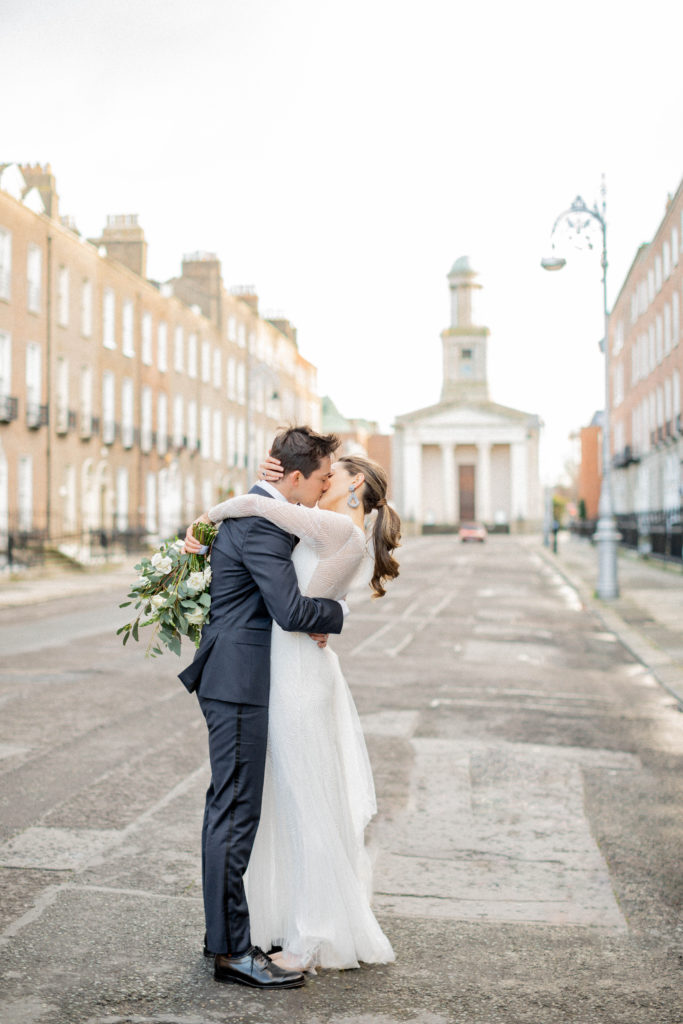 Hands down, the best decision was ploughing ahead with a 25-person micro wedding day after postponing two “big” days in May and November! 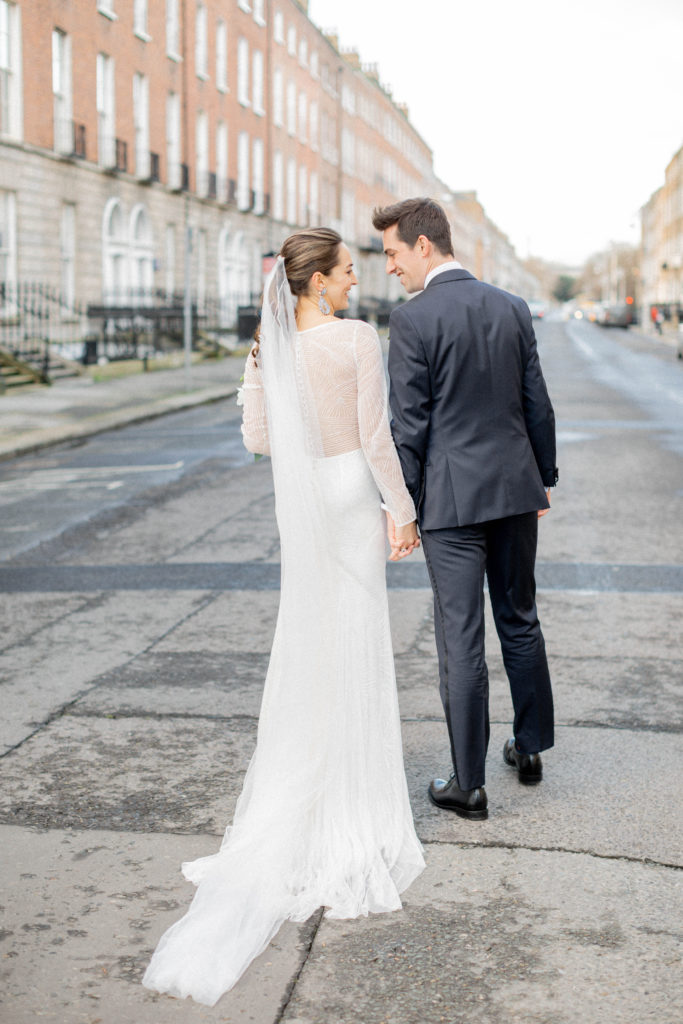 It was a hugely intimate and poignant day, finally crossing the finish line after a challenging year! Although there were so many more people the pair would have loved to have there, they couldn’t imagine a more perfect day. 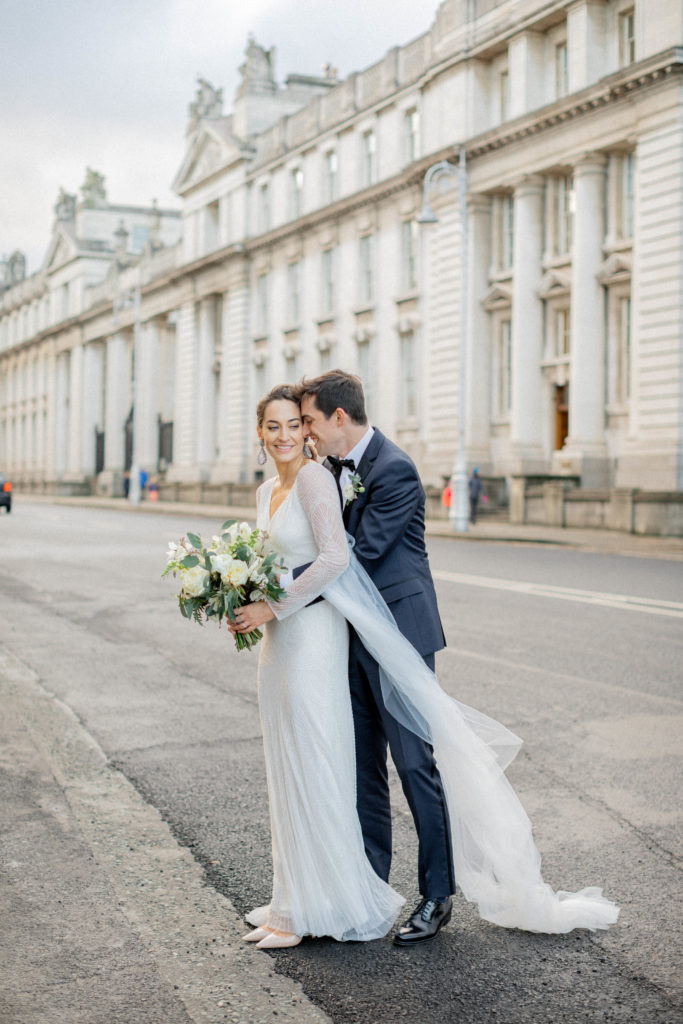 The couple said it was hard to nail one down, but it was probably thinking they needed to jump to update their guests (whom we had invited only two weeks before the lockdown was announced) at every turn during the first few months of the pandemic. It was a constantly evolving situation (both the wedding plans and the pandemic itself!). 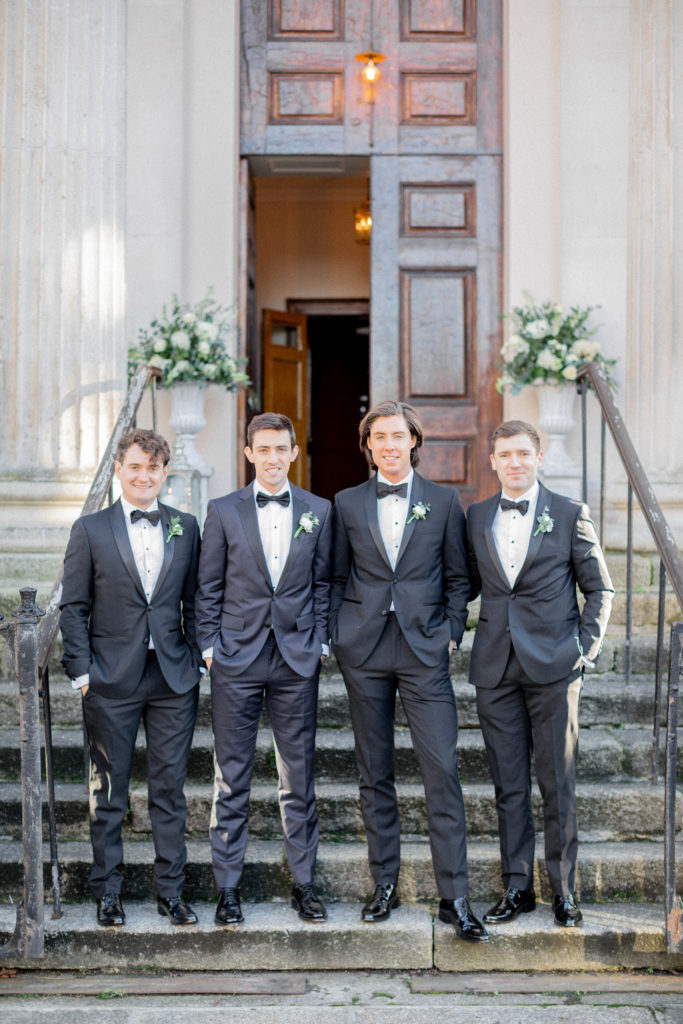 Still, their guests were more than understanding so the newlyweds needn’t have unnecessarily added to their stresses by feeling like they had to run a newsreel!