Not since the 80s have experts expected as many weddings to happen across the globe as they do this year. It’s easy to assume that, aside from their sheer volume, celebrations of then and now don’t have much in common. Particularly when it comes to a ceremony, a lot has changed, including who can legally have them and how people talk about them. But now that statistics have linked the 2022 marriage surge to that of 1984, it’s hard not to wonder: What other ways do modern weddings look like those that happened back then?

In both years, there was a desire to go over the top. A good economy, in part, set the stage for lavish wedding expenditures in 1984. Today, the pandemic has given couples more time “to dream, budget and save for their grand celebration,” said Renée Sabo, a wedding planner and the owner of Urban Soirée in Boston. “We’re seeing clients diving back into planning with a ‘bigger is better’ mentality for their wedding this year,” she added. What defines over-the-top, though, has changed. “It’s not about just one big party, but multiple parties over multiple days,” said Jamie Chang, a wedding planner and the owner of Mango Muse Events in San Francisco. But it hasn’t changed entirely. Contemporary celebrations still involve certain statement-making elements of ’80s weddings, say, experts, who explain how recent trends in dresses, dessert, décor and more feel very 1984. 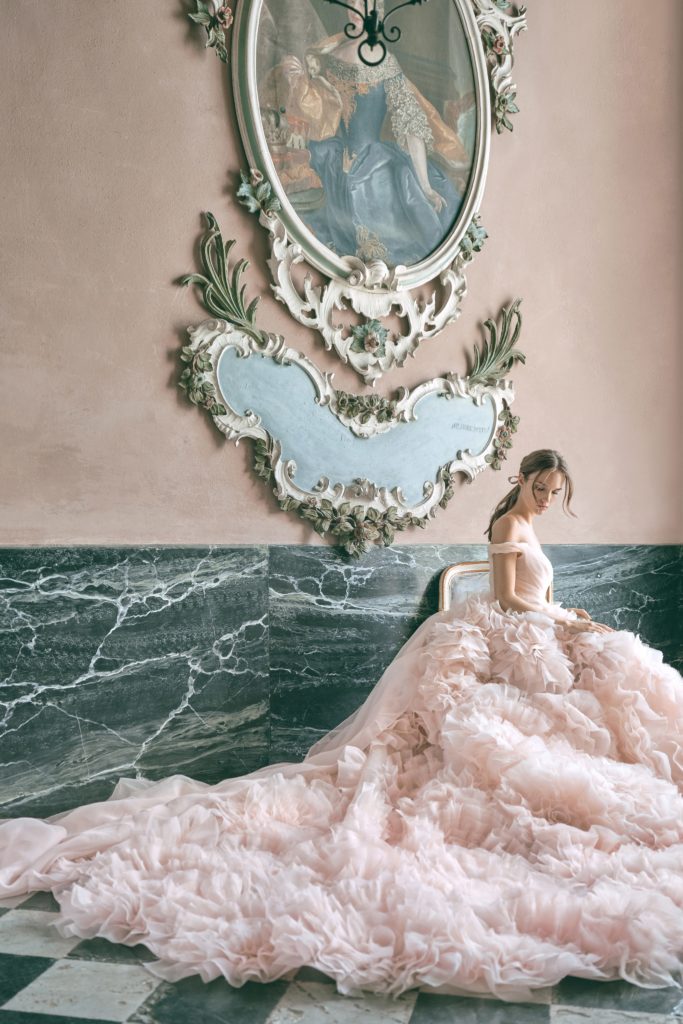 Among the first things that may come to mind when you think of a 1984 wedding dress; is heavily embellished, with puff sleeves or a voluminous skirt (or both). “Wedding dresses in the 1980s were all about volume, epic proportions, and regal lace,” said Monique Lhuillier, a namesake bridal line designer. Those elements became less fashionable over the following decades as preferences gravitated to what she described as “more streamlined and simple silhouettes.” But now, Ms Lhuillier said, “many trends of the ’80s have returned to bridal with a modern twist.” One is lace, which continues to be popular. Also returning are “puff sleeves and full ball gowns,” which she said have more “lightness and movement” than those of yesteryear. Some puff sleeves worn today are also detachable, said Michael Cho, the senior designer at Amsale, explaining that “brides not only want a statement look, but they also want multiple looks in one for their special day.”

A Focus on Copious Flowers 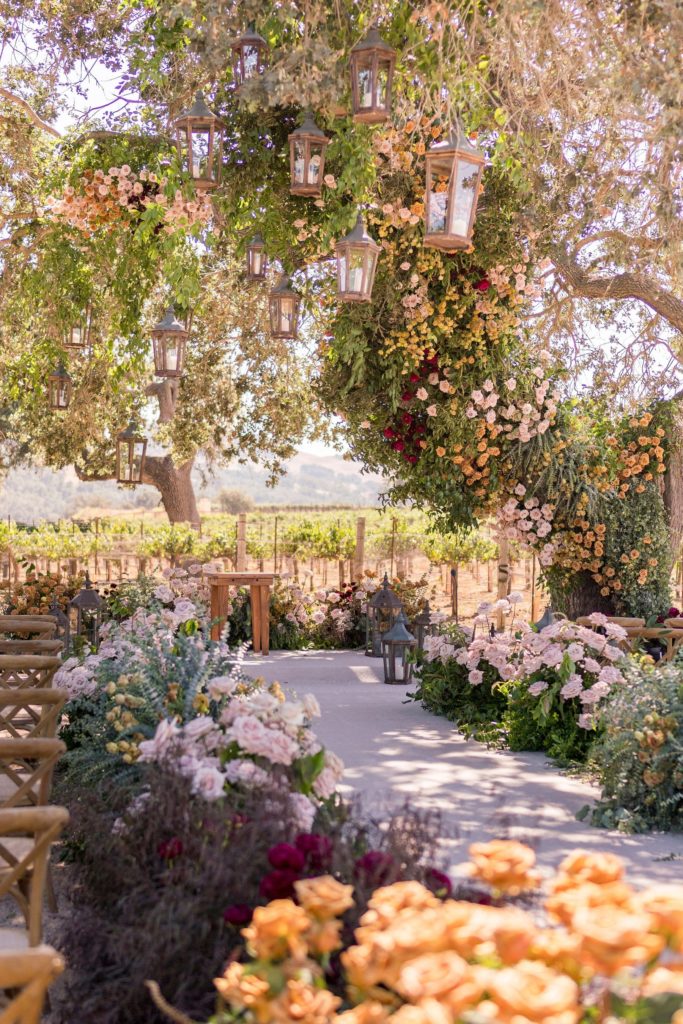 Renée Sabo said that, in the ’80s, reception décor “moved away from simple centrepieces to larger and more elaborate floral designs.” Spurred by a desire to capture and share social media-ready moments, that trend is alive and well today. “We are seeing table landscapes full of layers and florals filling all open spaces for those Instagrammable wedding moments,” said Chanda Daniels, the creative director of Chanda Daniels Planning & Design in Oakland, California. With supply-chain issues continuing to roil the floral industry, some couples are choosing to marry in gardens to secure the décor, said Meredith Ryncarz, a wedding photographer in Savannah, Georgia. Ms Ryncarz estimates that about half of her clients who are marrying this year have chosen venues with existing gardens, explaining that they “provide the lush texture of greenery and florals they desire as the backdrop.” “About 50 per cent of the weddings I know about from other vendors are also in outdoor garden settings,” she added. 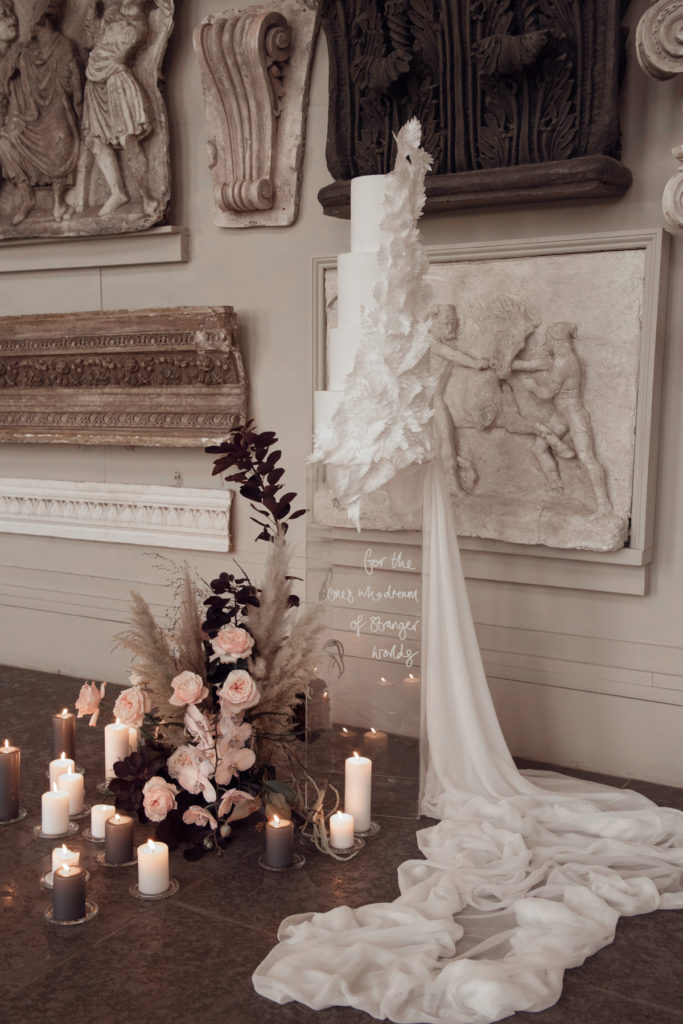 Like dresses, cakes served at 1984 weddings were made to command attention. Many had tiers upon tiers supported by pillars, and some of that era incorporated such opulent touches as working fountains. They had “big personalities,” said Sarah Davidson, the creative director at HUE by Sarah Davidson, an event planning company in Madison, Wisconsin. But eventually, cake preferences shifted from fantastical to minimal, with some people eschewing them entirely and serving less fussy desserts, including cupcakes and doughnuts. “For the past several years, wedding cakes have trended fairly minimalist, with many couples opting for just a few tiers of a simple white design,” she said. Modern couples, however, are channelling “the spirit of the ’80s” with their wedding cakes, according to Ms. Davidson. “This doesn’t necessarily mean large in size,” she added, but cakes with “a creative design that stands out.” Lara Martins, the owner of Lila Cake Shop in Temecula, California, said that instead of cakes with visible pillars supporting each tier, the preference is now for double barrel cakes “created with tiers composed of stacked cake,” which “offer height” and an “elongated and slim silhouette.” Some of these creations, Ms. Martins added, are decorated with hand-painted buttercream flowers, piped frosting and other edible embellishments. “The current trend in cake design leans towards a very individualised piece of edible art.”

All Hail the Videographer 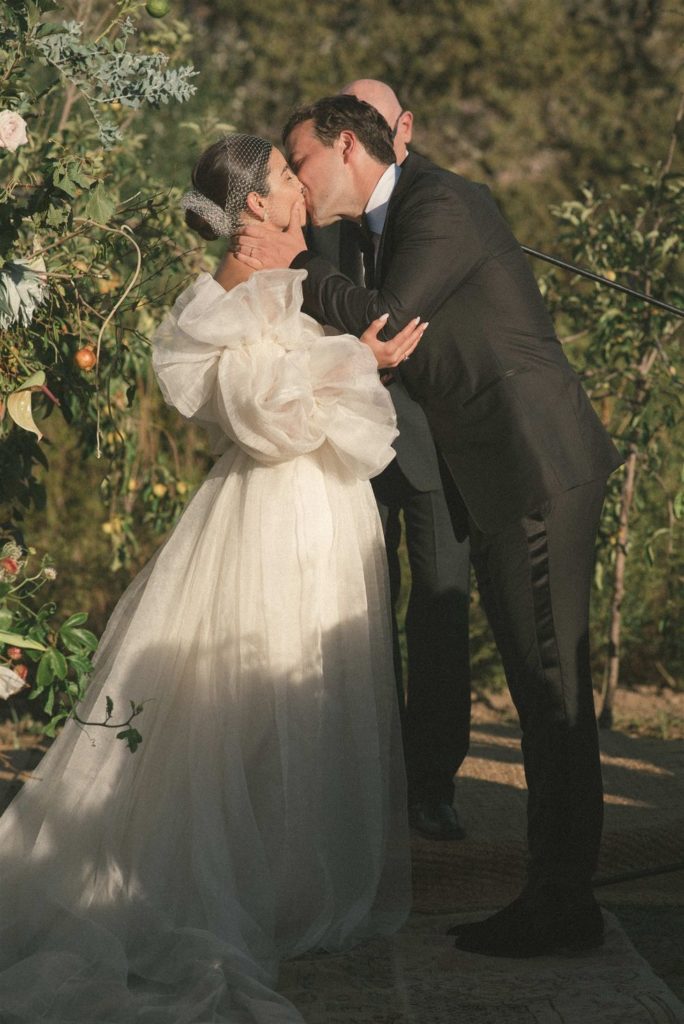 When the camcorder was introduced in 1983, it wasn’t long before people started using the devices to record videos of their nuptials, which soon led to the creation of an entirely new profession: the wedding videographer. In time, demand for professional wedding videos waned; as Jamie Chang put it, videography “hasn’t always been a must-have for couples like photography is.” But for many, the pandemic has made it more important to create and savour memories, resulting in a renewed demand for videos. “Having a unique and memorable film that shows not just what happened but the people and emotions on that day is increasing in importance,” Ms. Chang said. Dan Strickler, an event videographer in Philadelphia, started filming weddings in 1989 and retired in 2020.This September, he will be getting back behind the camera to capture the nuptials of his very first clients’ daughter, who “wants a film similar in essence to what I shot for her parents,” he said. For Mr. Strickler, that means a video incorporating snippets of guests congratulating the newlyweds on camera, which he says was a common feature of those he made early in his career. “Wedding videos in the 1980s were very documentary style,” said Erin Sok, a co-owner of Sok Vision, a videography business in Washington. While some modern couples still prefer that approach, she adds that others are commissioning “films with drone and gimbal shots” to create “full-on cinematic masterpieces with flowing story lines.”