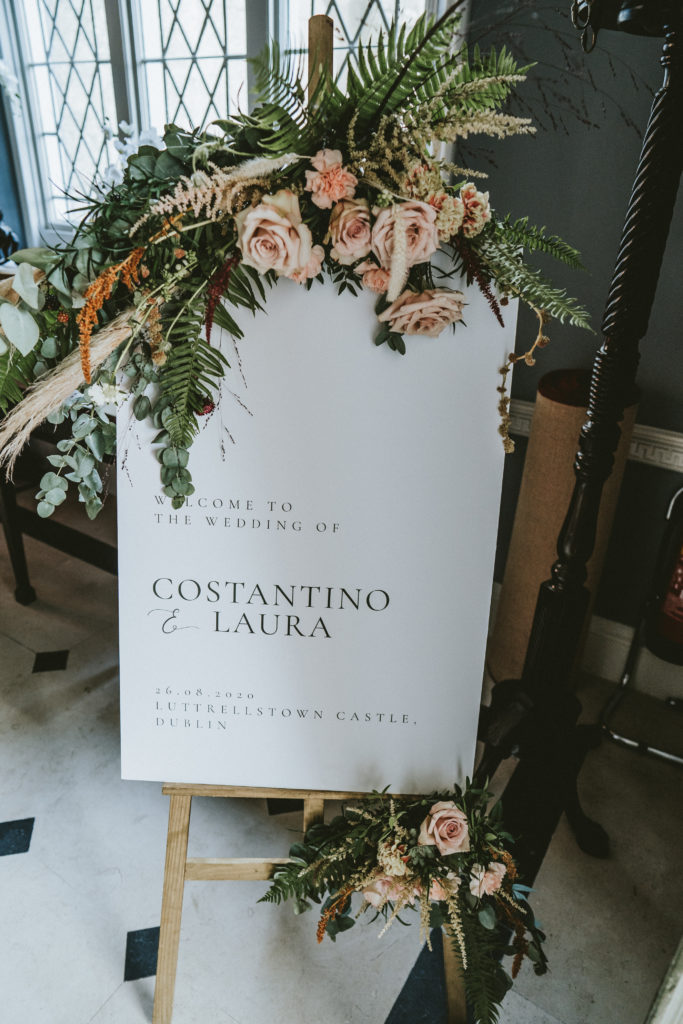 Tino and Laura first met when they were 19 at a Dublin nightclub, his future wife knew that night there was something more to this guy. Over the next few years, the pair would meet by chance on nights out but nothing ever came of it. 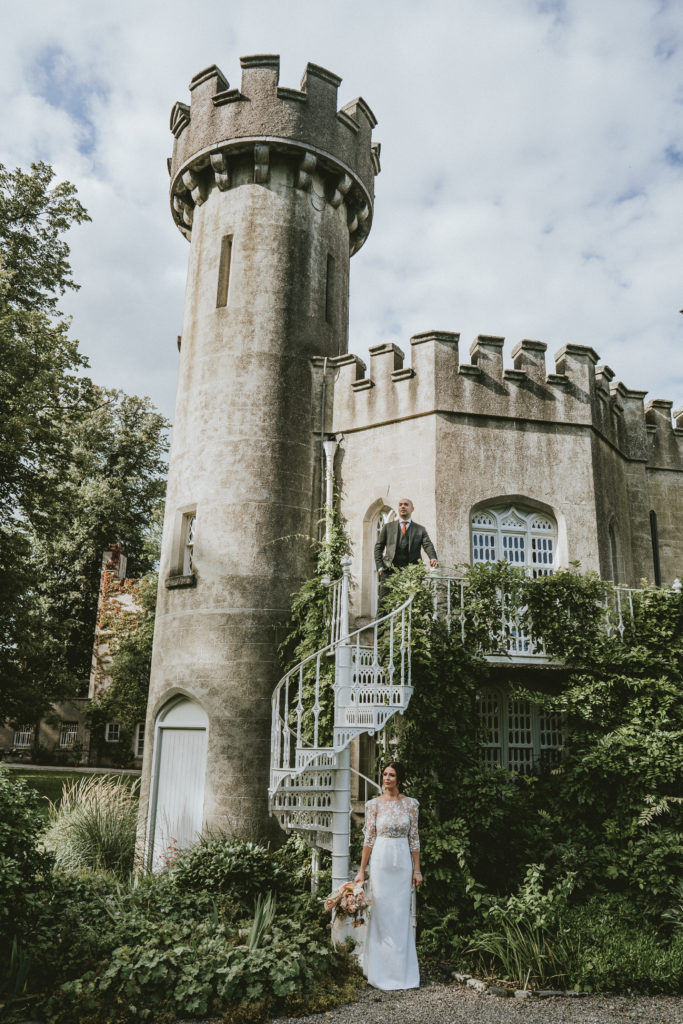 When they two were 23 and had not seen each other for quite some time, Tino asked Laura out on a date, she could not have been happier! After several dates, the two became a couple and the rest is history! 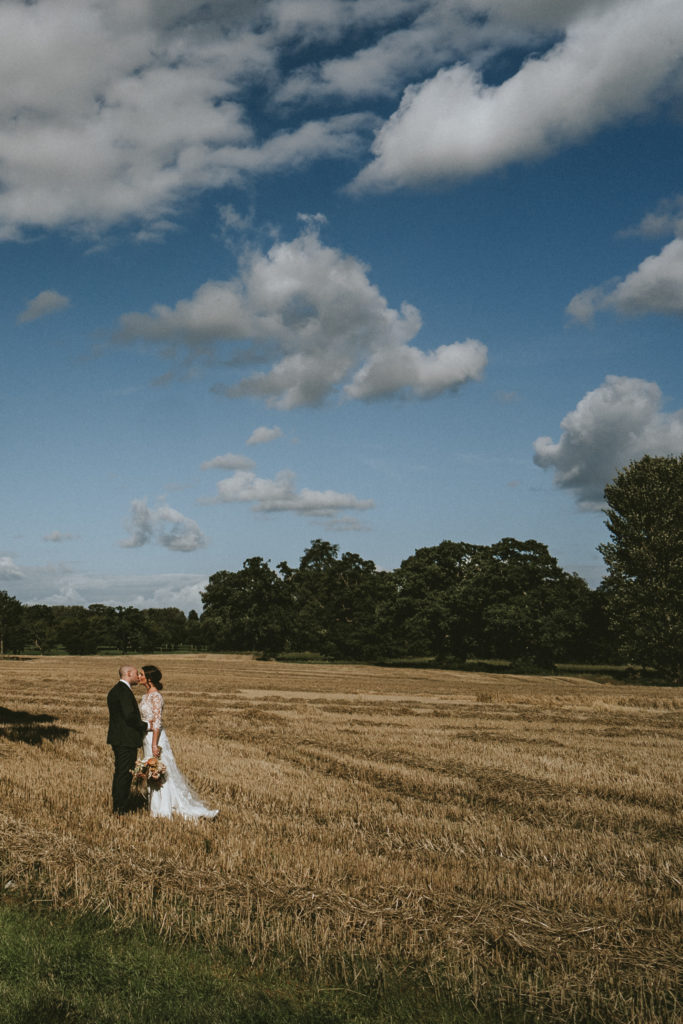 Tino told Laura that he had planned for the pair to go to Monart Spa for a weekend in February so she called a friend who had just stayed there, asking what it was like and which clothes Laura should pack. Her friend told Laura she had spent most of her time in a robe so not to bother pack much. When Tino caught wind of this he was forced to tell his bride-to-be that they were actually going to Milan!! Three weeks before the weekend to Italy Laura & Tino found out they were going to be a family of three, the couple was ecstatic! 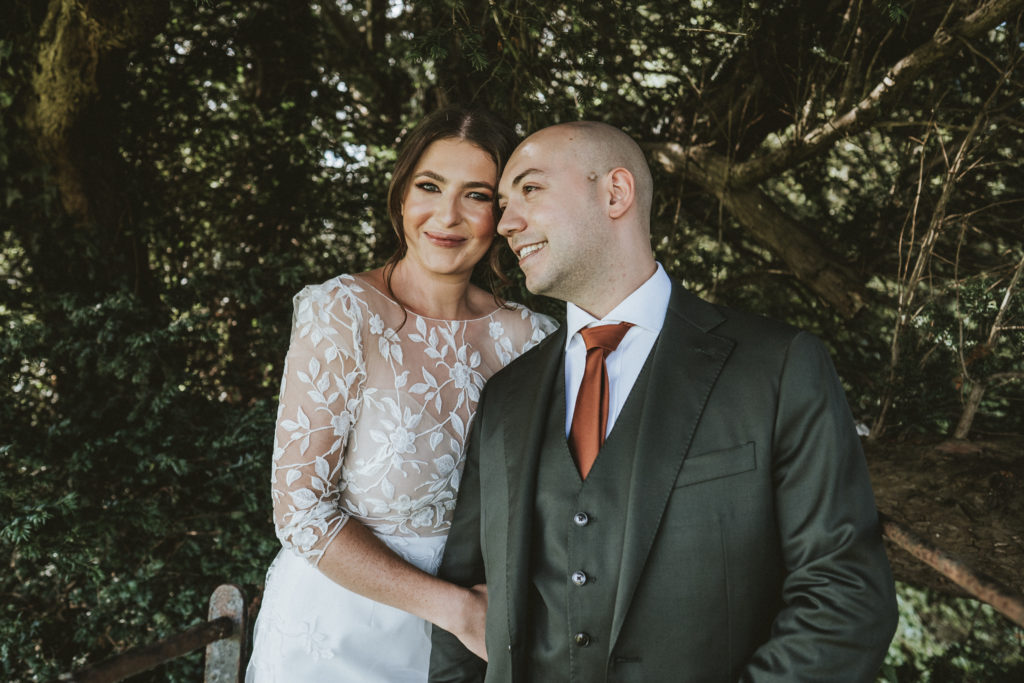 They arrived in stunning Milan to a fabulous penthouse suite overlooking the city. They changed for dinner that evening and were about to leave the hotel when Tino asked to take a picture out on the balcony, snow was falling outside and it looked truly magical. As he was about to take the picture, he got down on one knee and proposed. It was perfect. Of course, Laura said yes! 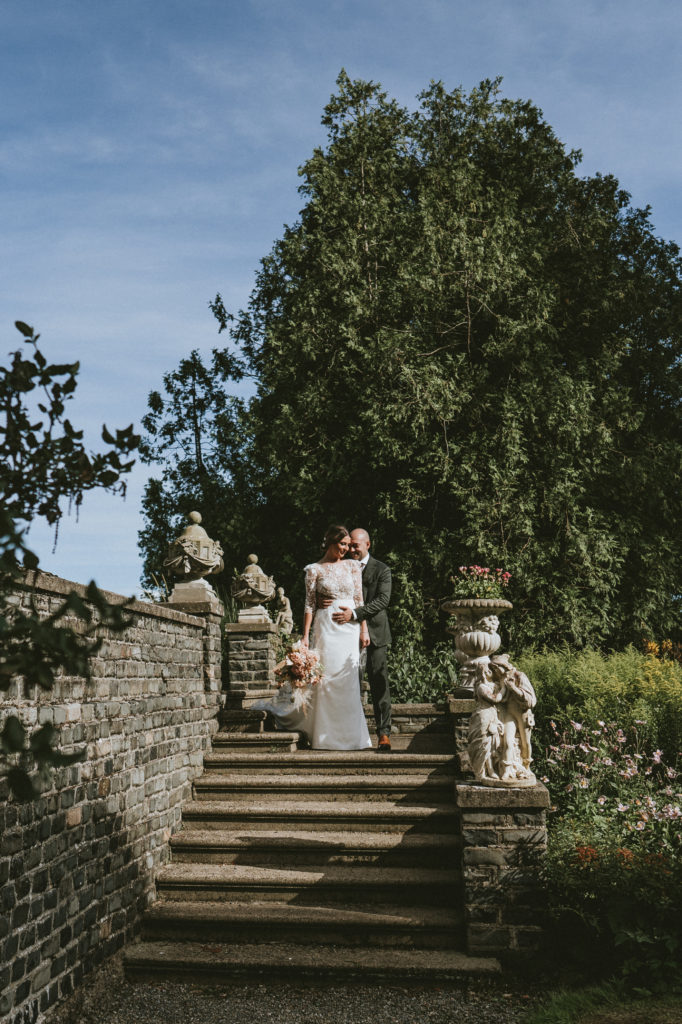 After scouring through Instagram, Laura knew she wanted something a little different and timeless. She only had three months until the big day so had to get a move on in choosing the right dress. The bride came across a French designer called Rime Arodaky and fell in love with her pieces and the shape of her dresses. Laura found a boutique in Newry, The White Gallery, which is the only one in Ireland to stock her gowns. 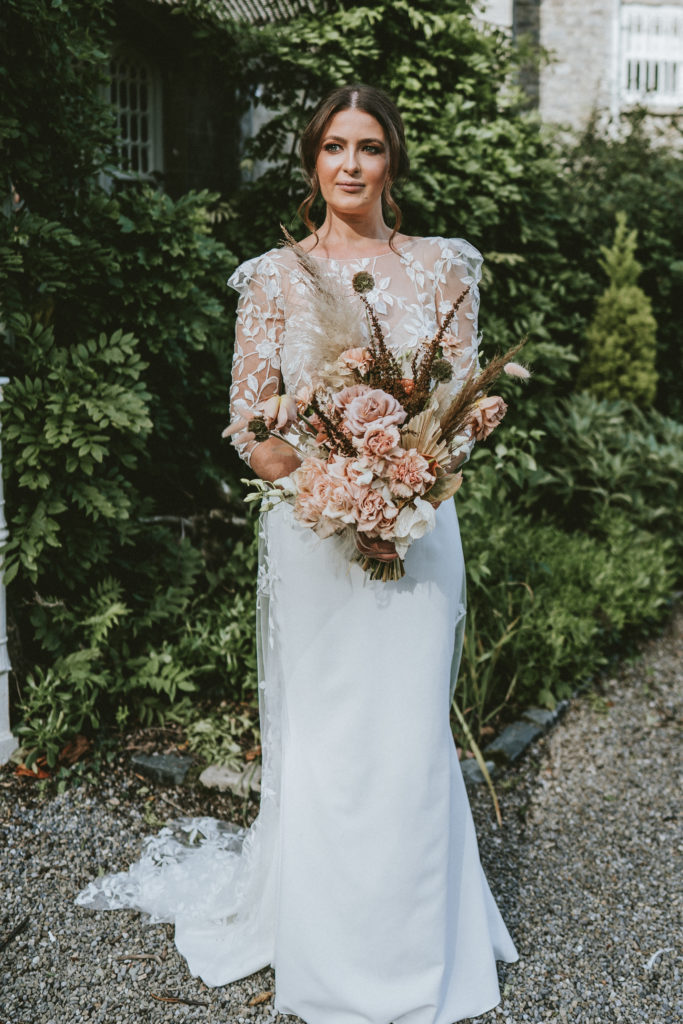 While Laura was up there, she made two other appointments for boutiques in Belfast. After trying on several gowns from the boutique, Laura tried on one of the Rime Arodaky dresses and immediately knew this was the one. She cancelled her other two appointments and could not wait to put it on again. The bride-to-be loved trying on wedding dresses and would love to do it all again to try on more! 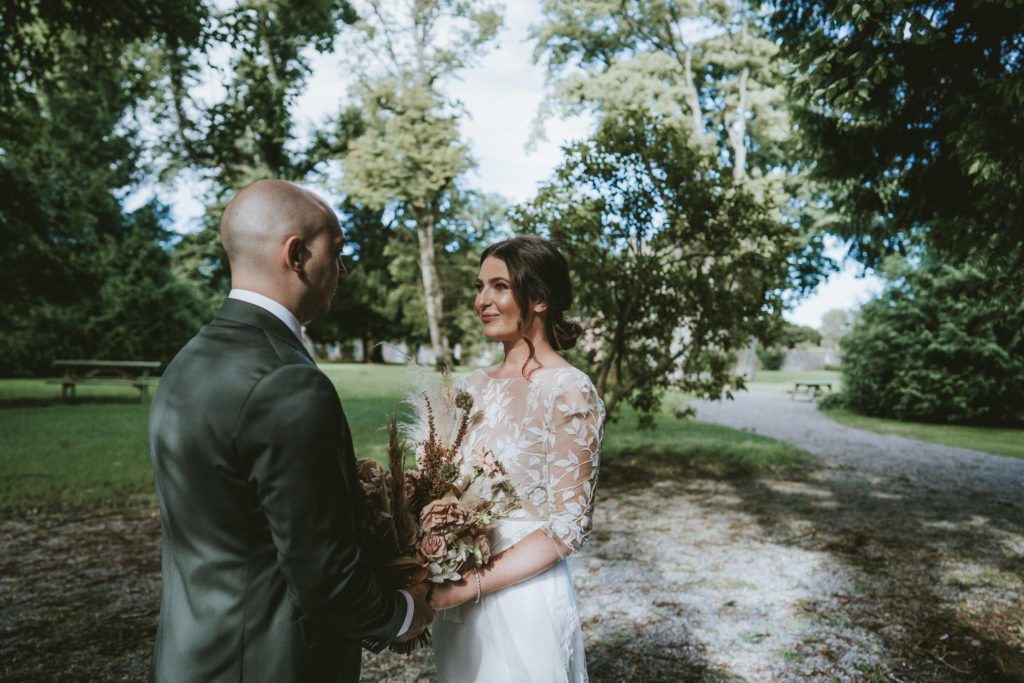 Laura really enjoyed the beauty prep like any girl! She had a few hydra facials done in Beacon Face & Dermatology and used a recommended face routine at home. The soon-to-be bride really wanted her skin to look its best for the big day. Another thing she cannot live without is her brows looking their best, so Laura gets them done by her make-up artist Jade Nolan! Laura's nails were the final thing to have done the day before the wedding, picking the right colour involved a few weeks of sampling various shades! She went with Emi polish from 5th Avenue Boutique in the colour ‘Glowing White’ on her hands, and the bride's something blue was her toe colour which was ‘Ice Drop’. 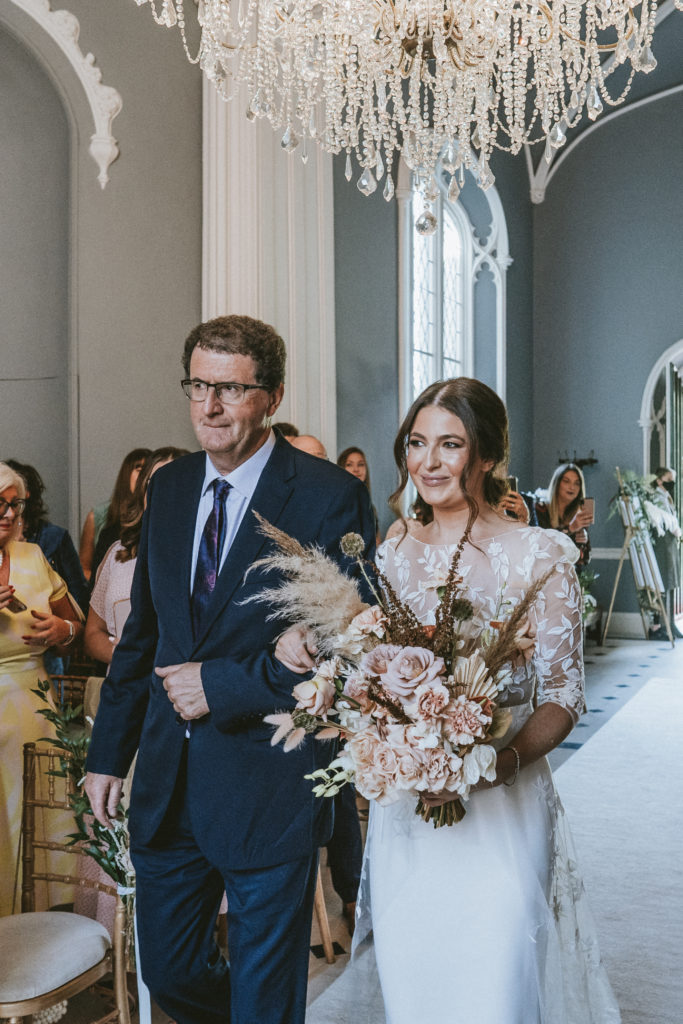 For the perfume, Laura wanted something she had never worn before, something to stand out for the day. She decided to go perfume testing but on the day, was so overwhelmed with smells that she couldn’t make up her mind. While out for lunch with a friend, the waitress serving the pair smelled amazing and Laura had to ask what she had on. The waitress was wearing Le Labo, Santal 33 and Laura immediately knew it was the scent! Santal 33 describe it as having the power to seduce any man or woman at their first smell…. It seemed to work on Tino anyway! 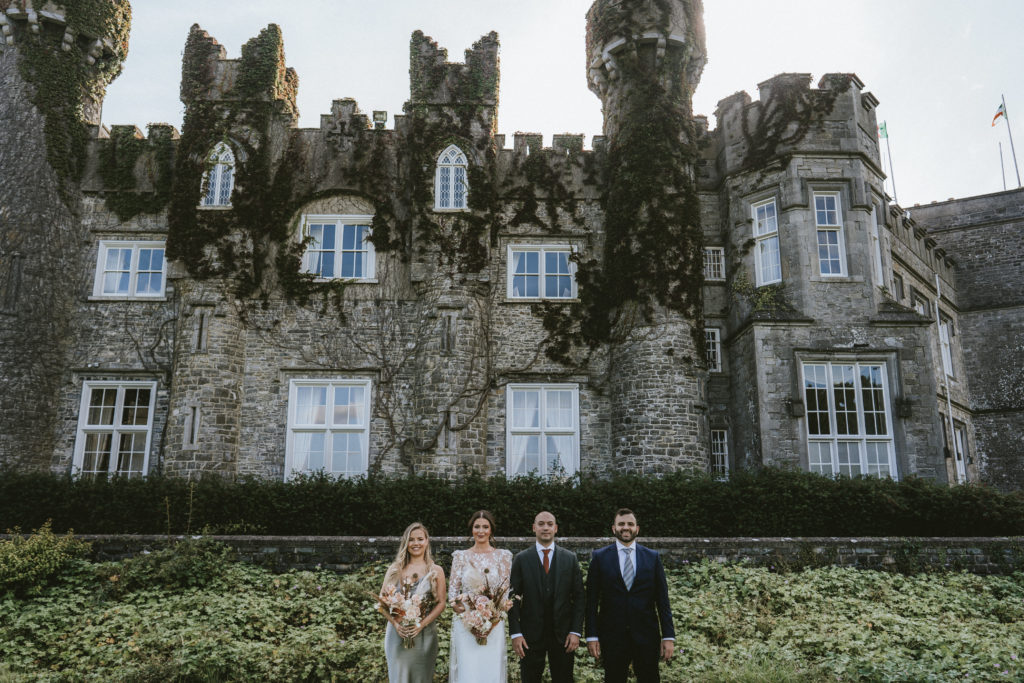 With Covid sweeping across the country Laura & Tino had really and truly picked the wrong year to get married. The pair originally planned to have a non-traditional wedding of 300+ guests in a rented space in the city centre but with the guest numbers being a hot topic on the news during the summer of 2020, they were very doubtful the planned wedding would go ahead. The main goal was to forge ahead and get married on August 26th no matter who was attending, so the bride and groom needed to come up with a plan B. And so, eight weeks out from their scheduled wedding date at the registry office, Laura frantically began to think of other options so they could have as many guests attend the wedding as possible. 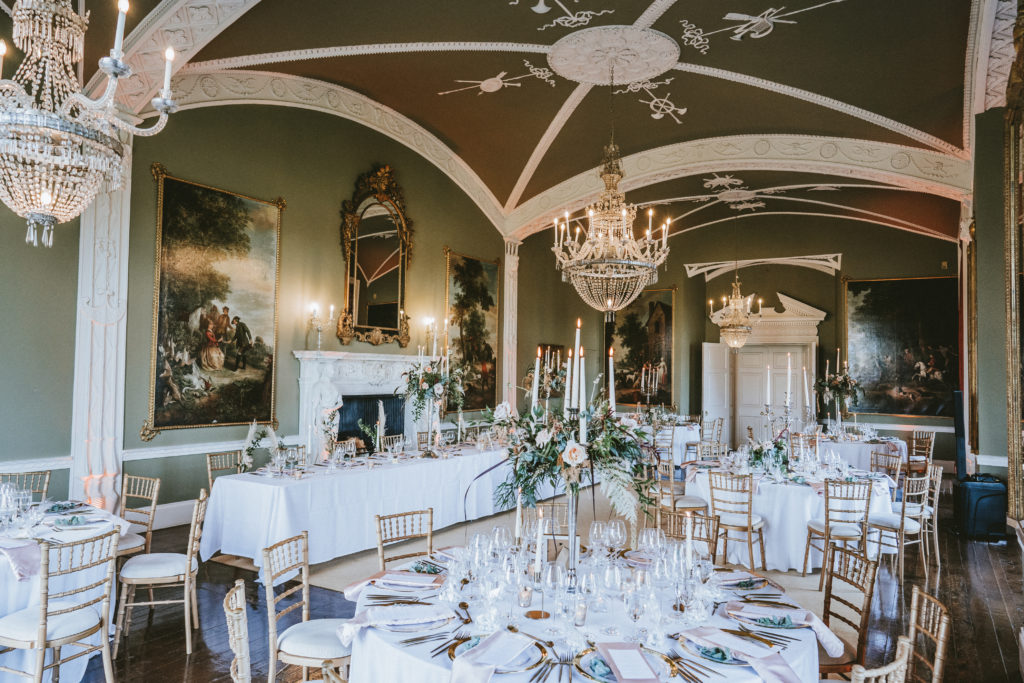 The pair came across Luttrellstown Castle and were both totally blown away. From the stunning grounds to the character of the entrance hall, not to mention the most beautiful rooms and stunning ballroom, they were in love with it all. So August 26th finally came and Tino & Laura honestly had the most amazing day of their lives. The two could not fault a single thing. They ended up having the ceremony in the entrance hall which was absolutely stunning, walking through the beautiful wooden doors, down the magnificent black and white stone floor with the gorgeous high ceilings, Laura truly felt like a princess. The couple hired Frog Prince Weddings to make the venue look even more spectacular and could not have been happier with the way the wedding day turned out. 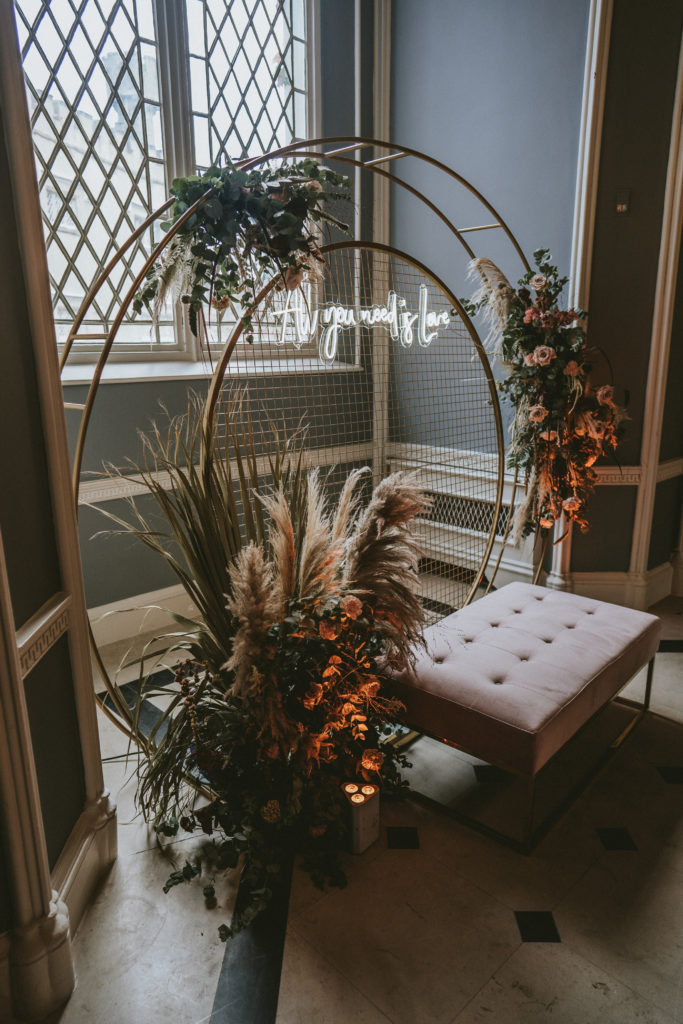 As they were only allowed to have 50 guests attend the wedding, Laura & Tino wanted the entertainment to be good. They had guitarist Jamie Duff play at the wedding reception, which they only managed to get the end of his incredible performance as the couple were busy taking photos but the guests loved him. 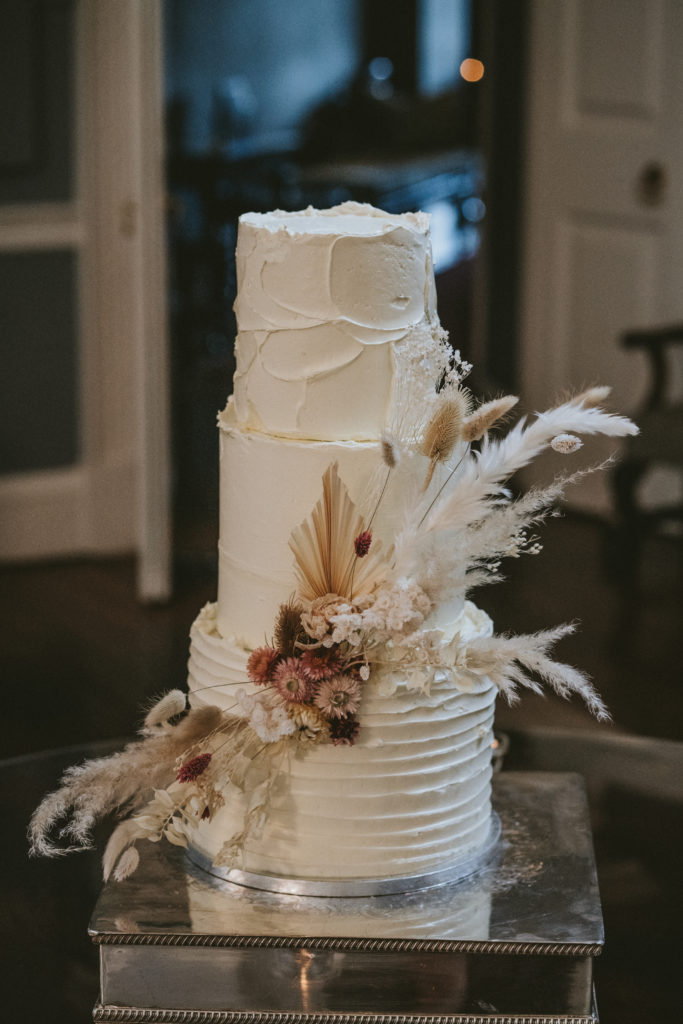 After the meal, the bride and groom had the amazing Riff Shop perform and it was the highlight of the evening for both Laura & Tino. They were outstanding! They had every single guest on the dance floor and it brought everyone together, it was incredible.  Nobody wanted them to leave! A DJ play for the rest of the night and everyone danced the night away. 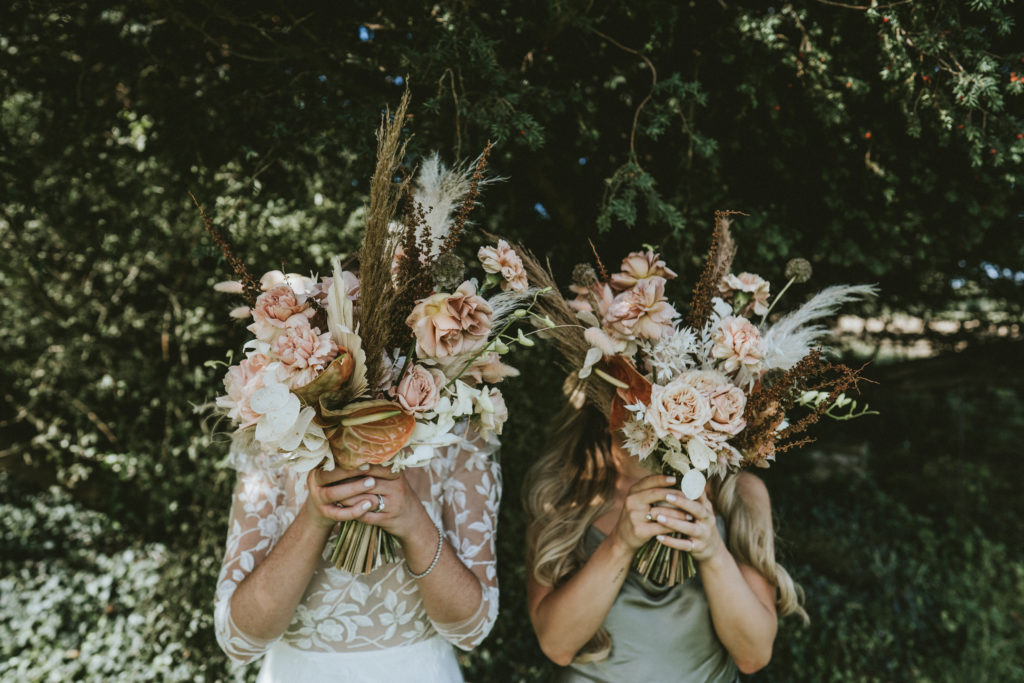 The couple chose to not have bridesmaids or groomsmen, and instead they had one witness each. Laura couldn’t decide between all of her friends, so she put their names in a hat and picked one as she thought it was the fairest way to do it. The bride's friend Keanni was the chosen one and proved to be a huge help on the big day. Laura went for a pale sage green for her dress, which she loved and Keanni felt and looked amazing in it. 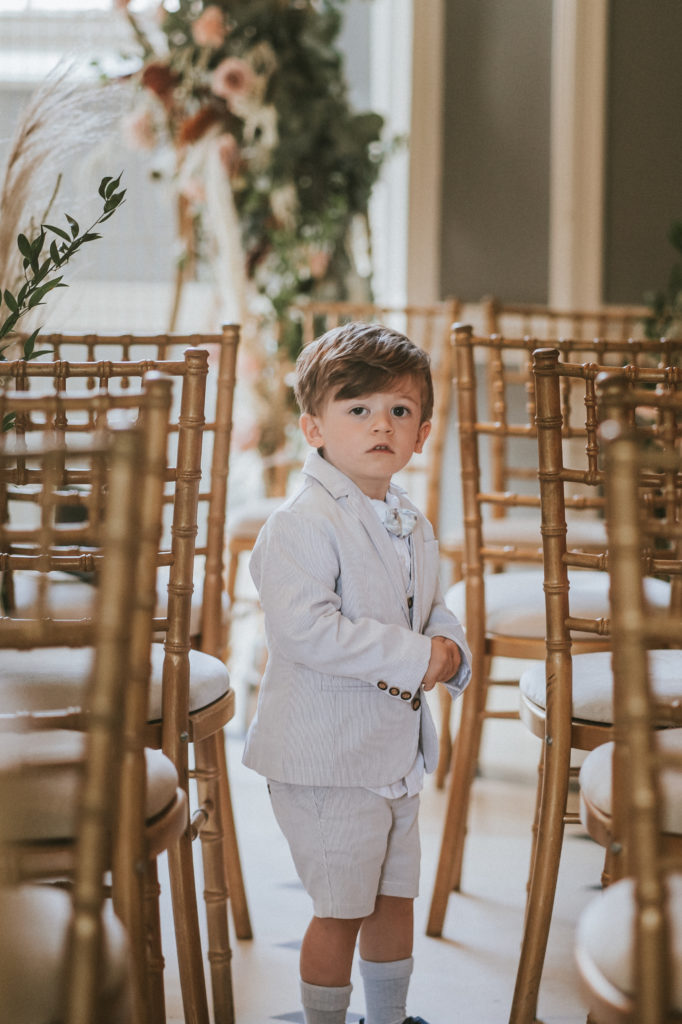 Keanni and Laura's closest friends threw a surprise hen party in the Ivy restaurant in the Johnathan Swift Room. It was a perfect hen party given the circumstances surrounding Covid and with all pubs and clubs being closed. The bride-to-be had an amazing time and wishes she could do it all over again! 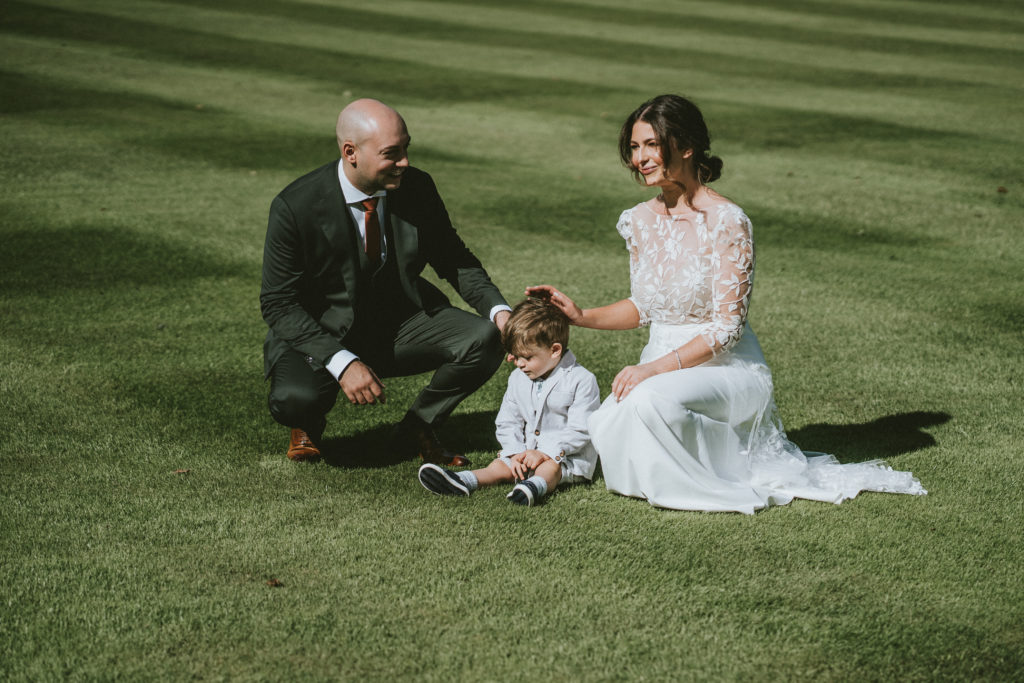 "I think the best decision we made was going ahead with our wedding during the pandemic. We planned to go ahead with six guests if we had to and we were very lucky to have 50 on the day. With all the stress of having such small numbers at our wedding and worrying about creating that fun atmosphere, all our guests have said it’s been one of their favourite weddings they have ever been to, which for us was such a relief as we genuinely both had the best day." 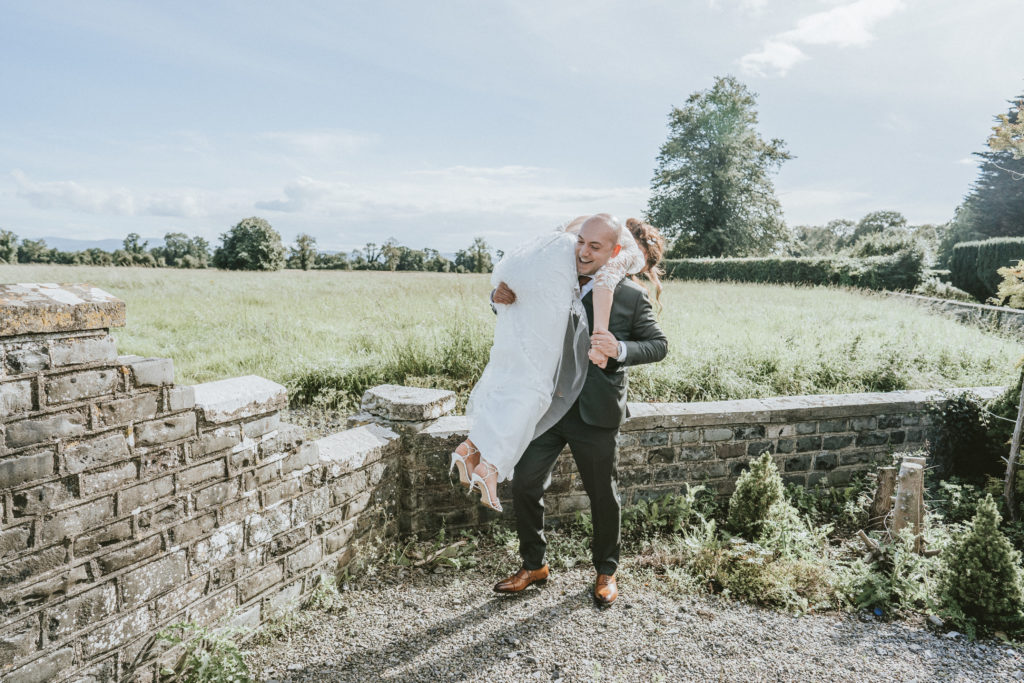 "I think the worst decision we made was not hiring the photographer to stay until after the dinner. I thought we would have more than enough photos by then, but I feel we have no relaxed photos of people dancing or pictures of me with friends, we were enjoying ourselves so much we forgot to take photos ourselves. We still have plenty of amazing photos from our wonderful photographer Derek O’ Rourke!"