There is a wide array of traditions which still play a major part in weddings today with many brides following suit without actually knowing the meaning behind these age-old superstitions. With a whole host of evil spirits to ward off, you have much bigger things to worry about than the dreaded seating plan! 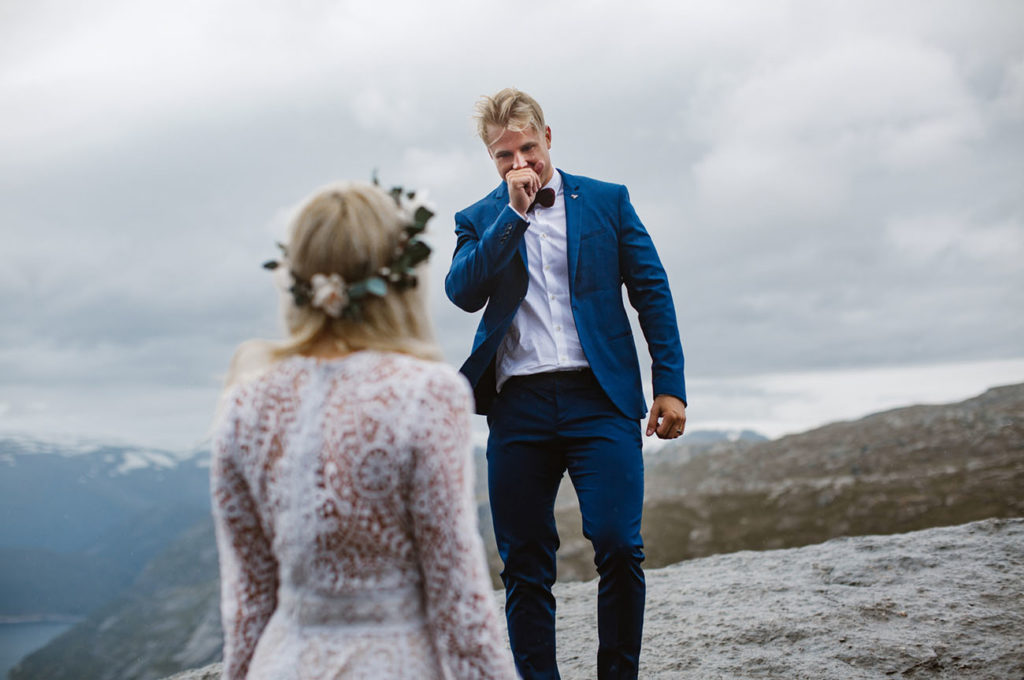 This particular tradition dates back to when marriages were arranged between the two families. The identity of the bride was kept secret until she lifted her veil at the alter to avoid the groom backing out at the last minute if he was unhappy with the match.

This practice was started by European nobles in the 16th century who handed out small boxes or cubes of sugar as a sign of wealth and to thank guests for attending. This was then succeeded by sugar-coated almonds as sugar became more commonplace. In Victorian times, it was important that the couple handed the gifts to guests themselves instead of placing them on the tables in order to fulfil the superstition of luck.

The Bride Wears a Veil 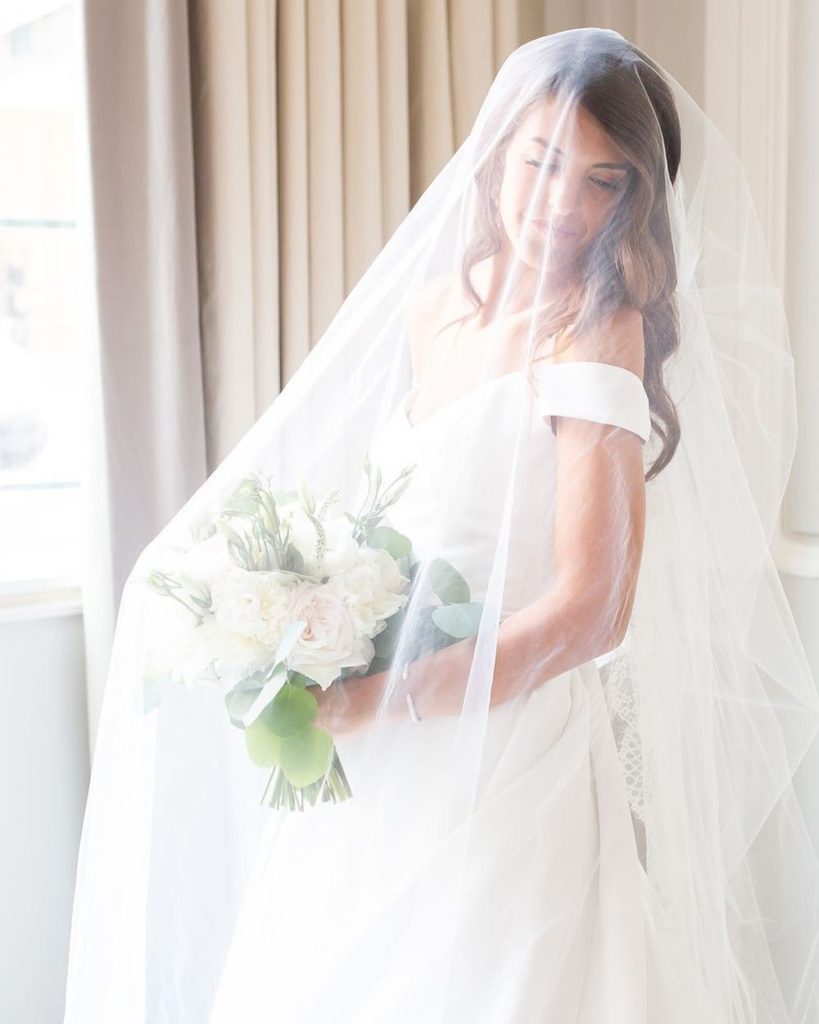 This tradition originated back in Roman times when the bride wore a veil to ward off evil spirits who were jealous of her happiness. As time progressed, the veil then began to be seen as a status symbol, the bigger the veil, the more important the wedding.

Rain on Your Wedding Day

Despite us Irish brides pulling out the Child of Prague to pray for sunny weather, believe it or not, it’s actually considered good luck to have rain on your wedding day (we’re not buying it either…think of the pictures!). Apparently, rain symbolises fertility and a rainy wedding day indicates the imminent arrival of a baby for the newlyweds. 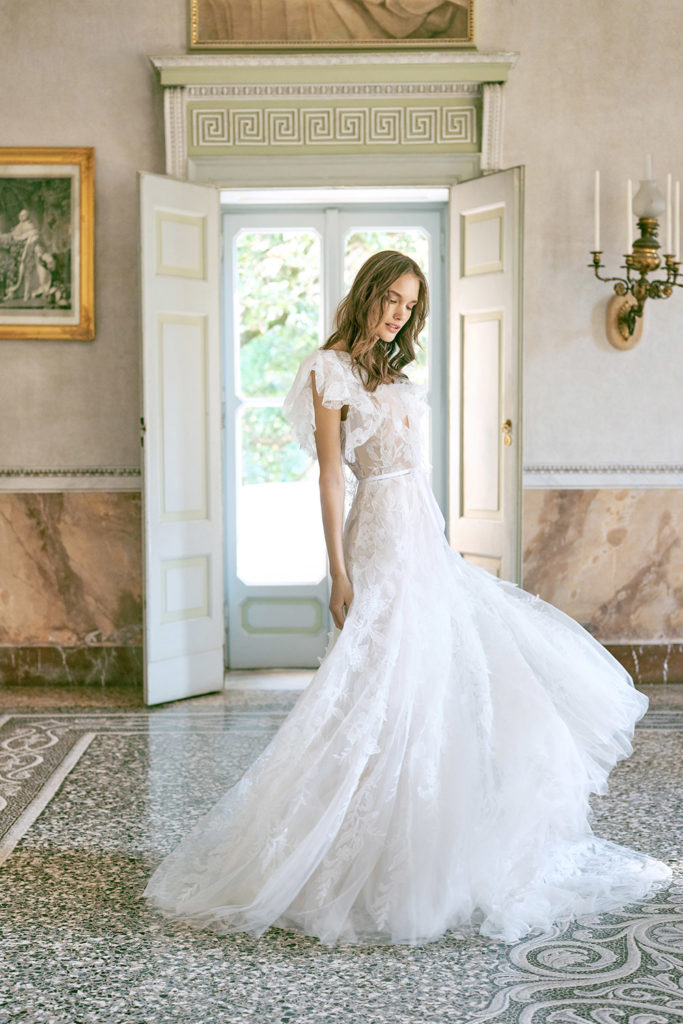 Queen Victoria was the bride to start this trend when she married Prince Albert in 1840. To this point, brides would choose their finest attire for their wedding day but Victoria had other ideas and chose white as it was the colour of her favourite lace. The association between purity and the colour white also helped this trend to take off, along with the fact that white clothing was associated with the wealthy due to its delicate nature.

Crying on Your Wedding Day

It is actually considered good luck for the bride to cry on her wedding day with the belief that if she cries on the day of her wedding, she will have cried all of her tears and will never cry another day in her married life. 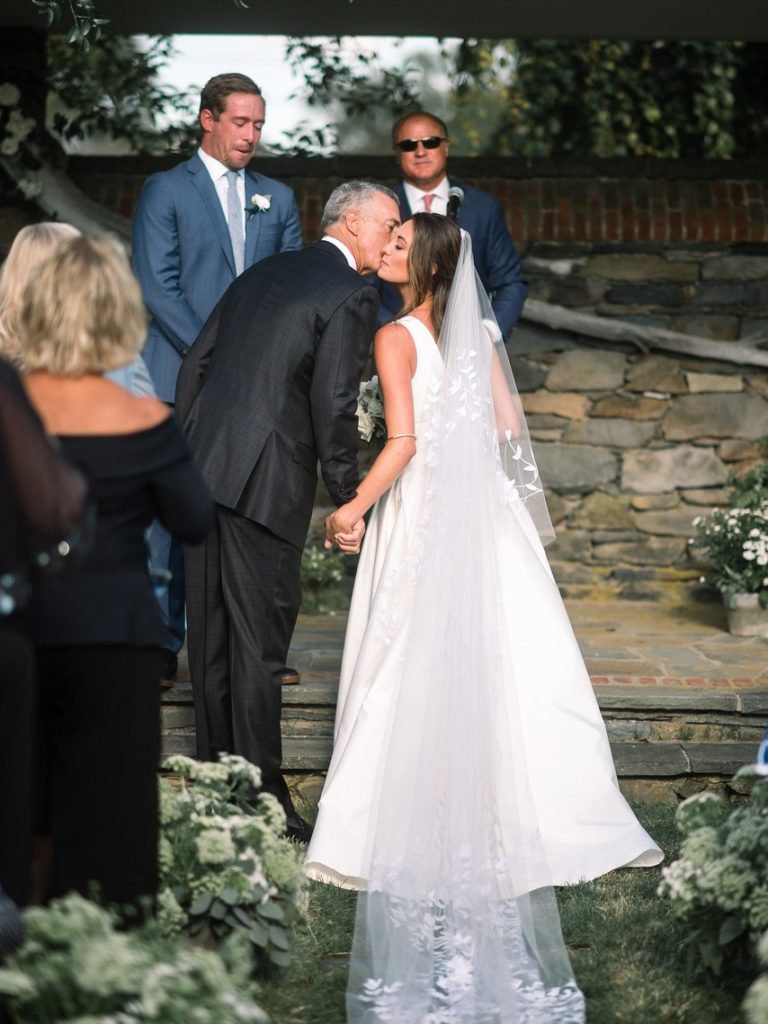 This again dates back to arranged marriages in Roman times where the bride’s father would quite literally, hand his daughter over to her new husband, normally in exchange for a dowry. Unsurprisingly, this tradition of placing a price on the worth of the bride was discontinued in western countries, we wouldn’t be best pleased with the idea of this either…The tradition of the father, mother or bride’s brother walking the bride down the aisle lives on though, purely for sentimental value these days.

The Bride Stands to the Left of the Groom

Another outdated tradition, the bride would stand to the left of the groom so he could hold her with his left hand and draw his sword with his right, should any other suitors attempt to steal his bride.

The Role of Bridesmaids

If you thought your planning duties as bridesmaid were tough, be grateful that things have progressed from when the role was first instigated. A bride would choose a number of bridesmaids who she would dress identically to her to ward off any evil spirits who wanted to harm her. In their identical attire, bridesmaids also served to act as decoys to any suitors who tried to kidnap her on the way to the church.

The Role of Best Man 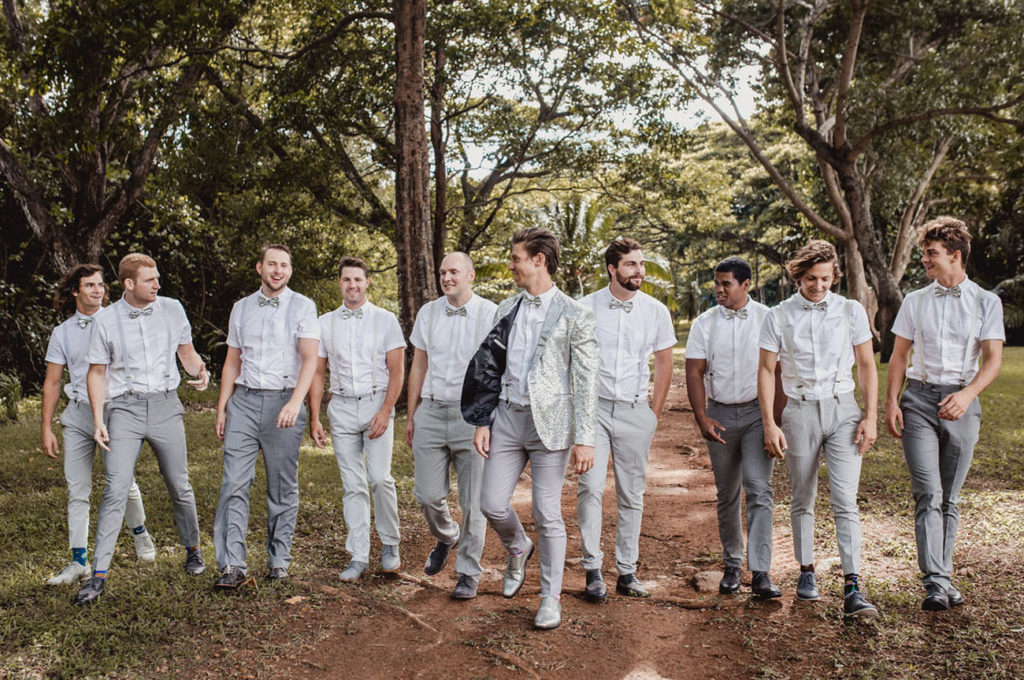 Similar to the role of bridesmaid, this tradition also dates back to Anglo-Saxon England when the groom would choose his strongest and most loyal friend to help him fight off any resistance from the bride’s family. He would stand by the groom at the top of the aisle throughout the ceremony to ensure that the bride was adequately protected

Wear the Ring on the Third Finger of the Left Hand

This tradition was introduced by the ancient Greeks as they believed that there was a vein in the third finger on the left hand which was directly connected to the heart. Over time, science has shown us that all veins lead to the heart but the tradition has lived on.

You Say Now Kiss the Bride 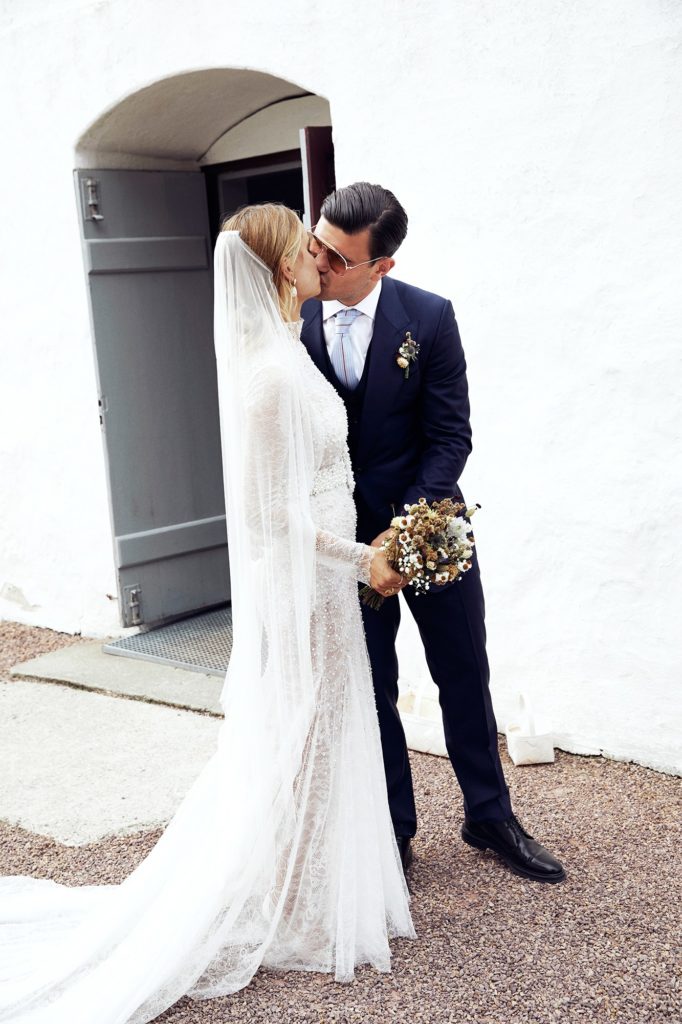 Despite the affectionate nature of kissing and the celebration of the new union, couples would traditionally kiss once they were pronounced husband and wife to give each other a part of their souls, binding them for life. Slightly creepy, it takes the whole what’s yours is mine element to another level…

This line is often left out of the rhyme these days but customarily brides would put a silver sixpence in their shoe to bring them future wealth. While maybe not all that comfortable, we would give anything a shot so don’t forget to slide a coin into your Jimmy Choo’s before that fated trip down the aisle.

Showering the Newlyweds With Confetti 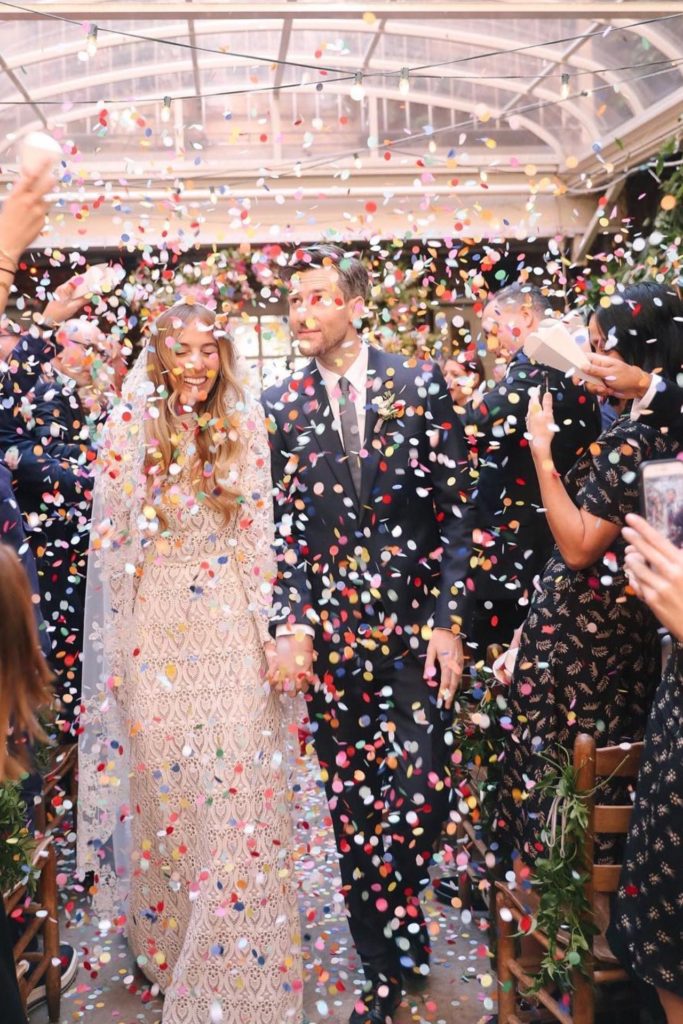 Traditionally, it was rice which was thrown upon the newlyweds as a symbol of fertility. Nowadays, guests usually opt for either shredded paper or rose petals and the practice is associated with showering the couple with good fortune and happiness. 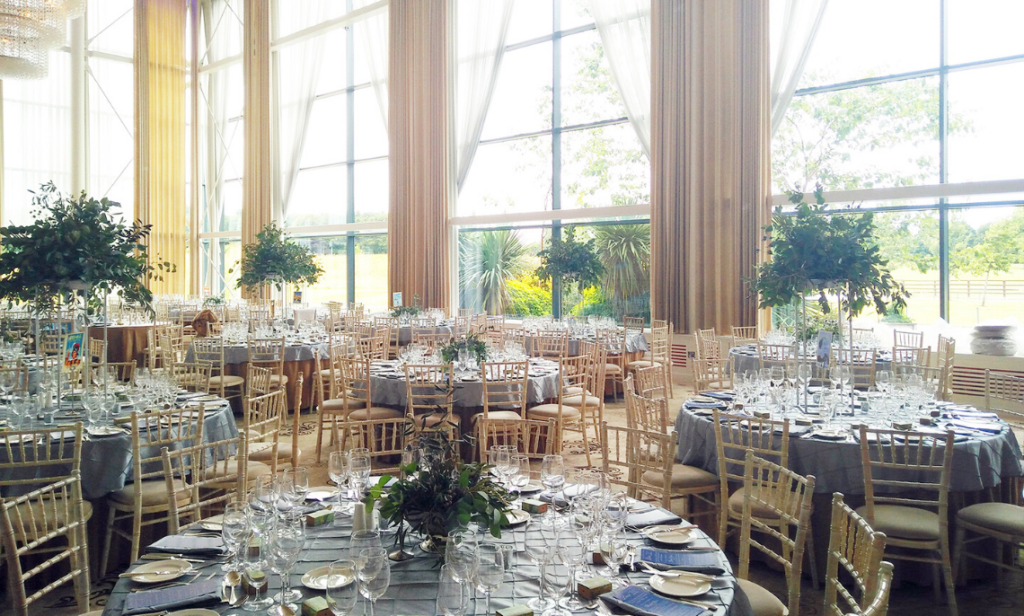 Ever wondered why the meal was referred to as the wedding breakfast, even it was served as late as 7/8 pm? As this will be the first meal of the newlyweds, it is the breakfast of their marriage.

Originating from France in the 14th century, guests would literally tear off pieces from the bride’s dress as a sign of good luck. Naturally, the bride was not best pleased with this practice and so the throwing of the garter replaced this barbaric act. As time progressed, the more civilised tradition of throwing the bouquet became routine with the belief that whichever single girl caught the tossed bouquet would be the next to be married. 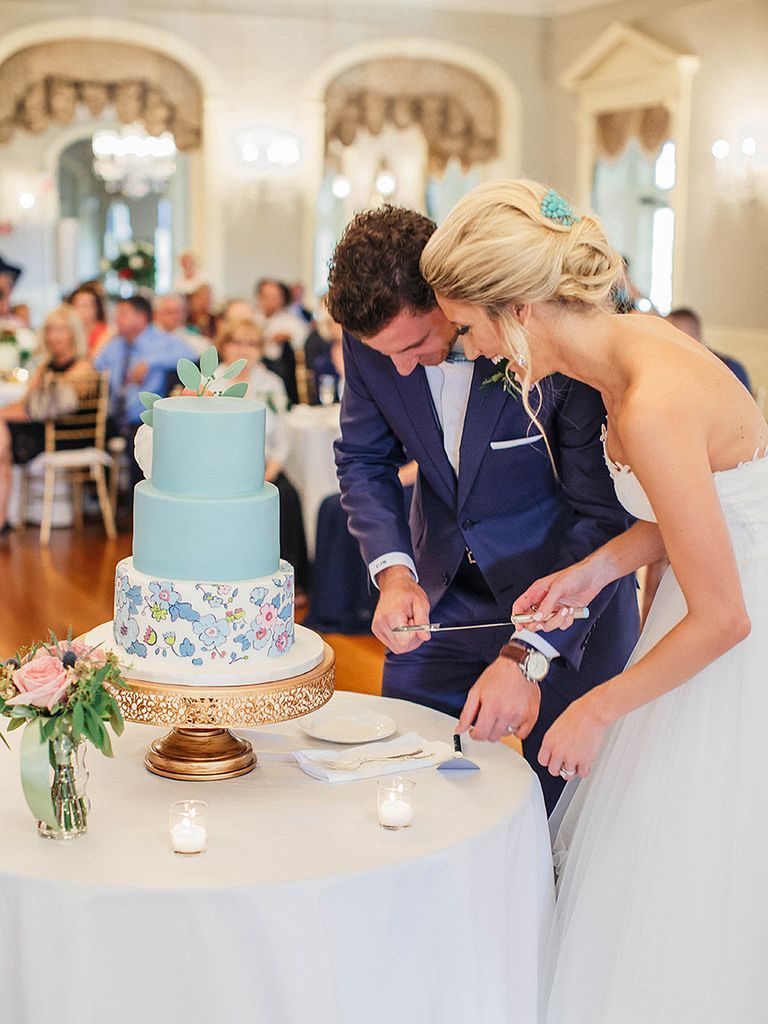 There are many traditions associated with wedding cakes throughout the years, some of which date back to medieval times when cake was thrown at the bride as a symbol of fertility. Before this attack on the bride, all of the baked goods, including scones and biscuits, would be piled as high as possible and if the couple could kiss over this mound without toppling it, they were guaranteed a life of prosperity. This was where the custom of having several tiers began. More recently, the cutting of the cake let guests know it was now acceptable to leave the reception. It has also been common practice for couples to freeze the top tier of their cake to save it for a special occasion, such as their first anniversary or the christening of their first child.

The Victorian Rhyme Dictating the Bride Wear 'Something Old'

This symbolises the brides bond with her family and life before marriage and is normally a family heirloom gifted by an older member of her family.

The Victorian Rhyme Dictating the Bride Wear 'Something New' 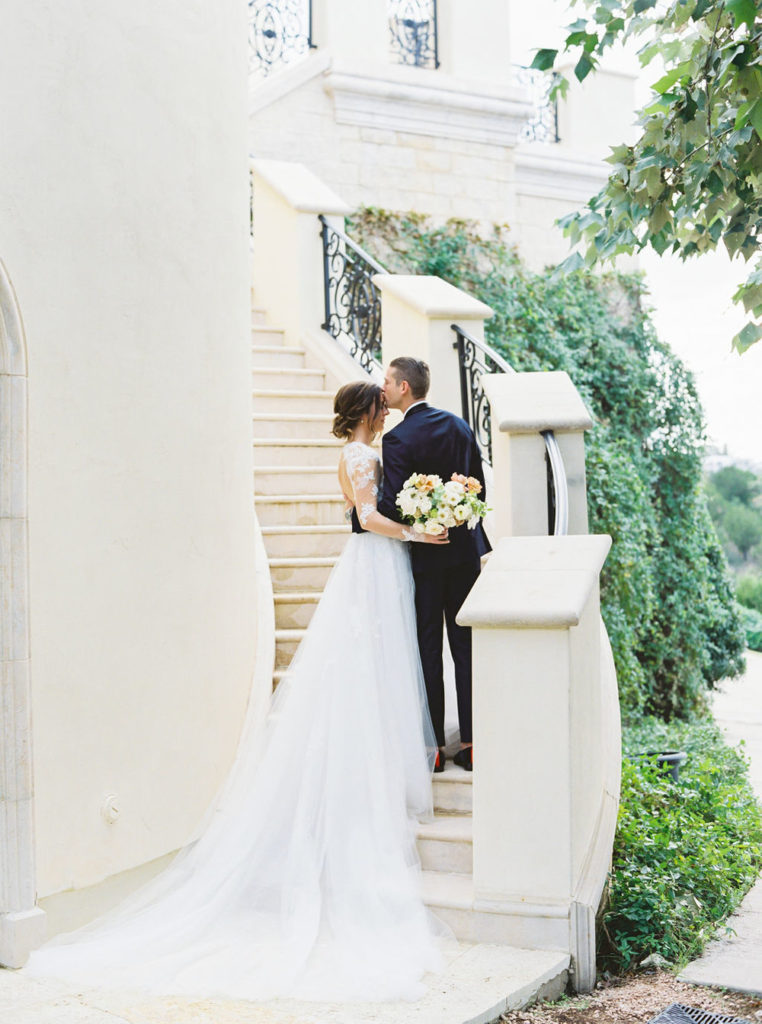 In keeping with the previous something old, the something new looks towards the future and the journey which the bride is about to embark on. The wedding dress or shoes normally tick this box or could even be a gift of jewellery from her new husband.

The Victorian Rhyme Dictating the Bride Wear 'Something Borrowed'

Brides opt to borrow an item from a friend or family member who is happily married to bring that luck into their own marriage. It can be anything from a piece of jewellery to a handkerchief.

The Victorian Rhyme Dictating the Bride Wear 'something Blue' 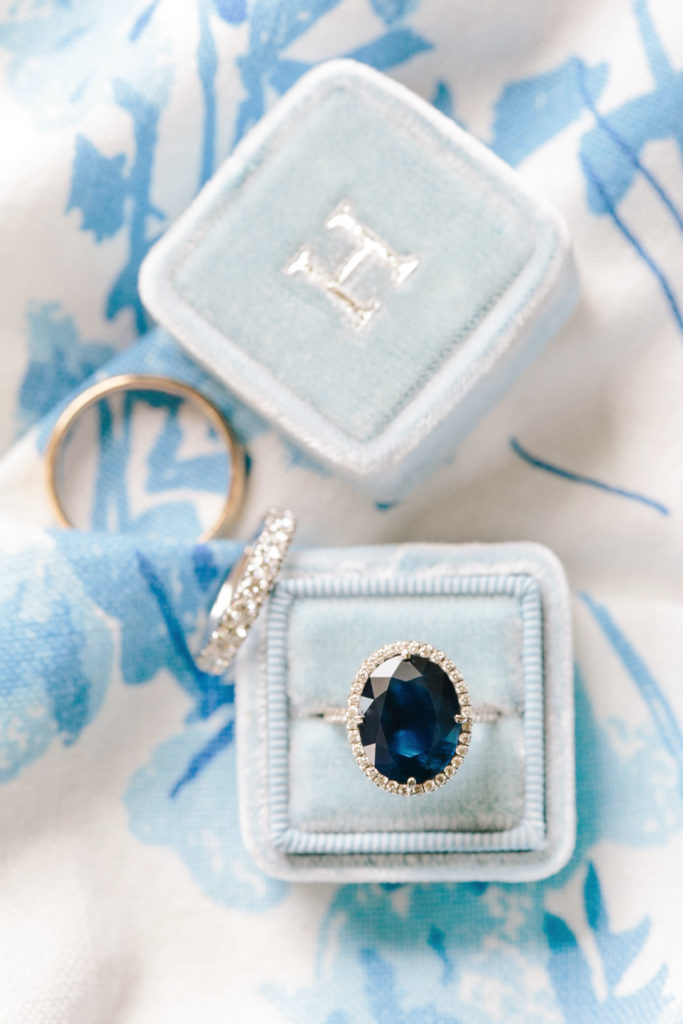 The colour blue is traditionally associated with love, fidelity and purity. This is usually some blue stitching on the inside of your gown or your groom's name on the soles of your shoes but brides can include this as they wish, whether it be some jewellery or even a blue gown.

Carrying the Bride Over the Threshold

It was the belief in Medieval Europe that brides were susceptible to evil spirits, particularly through the soles of her feet. To avoid inviting these evil spirits into their new home, the groom would carry his bride across the threshold to safety. 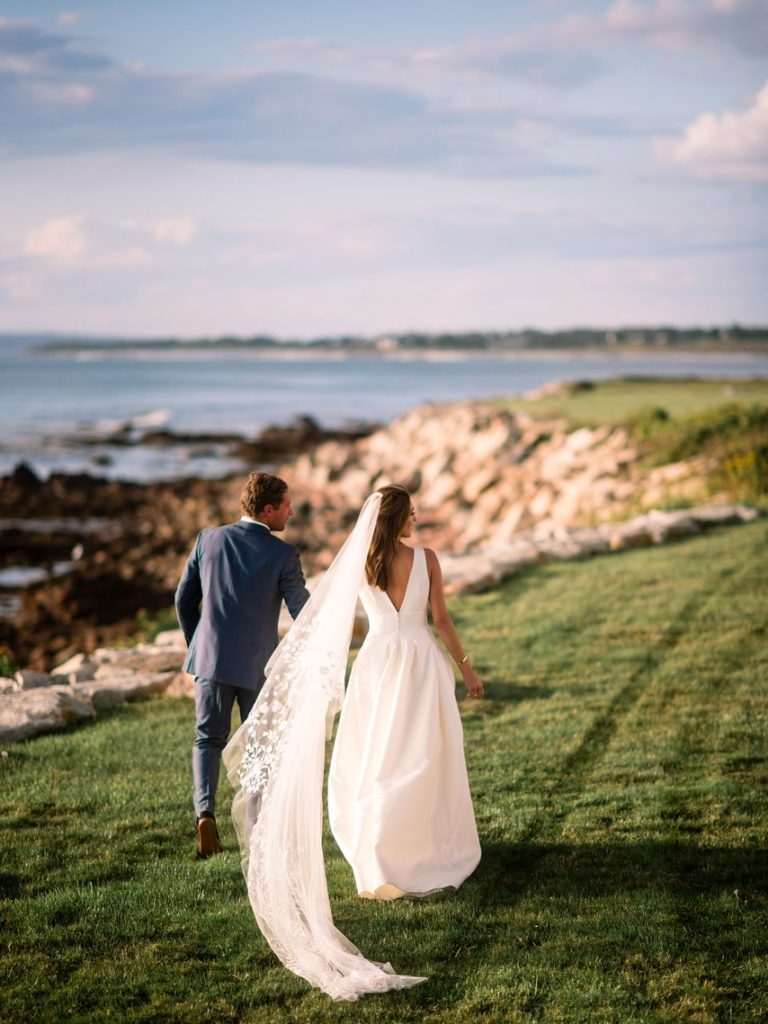 What is now the trip of a lifetime to celebrate your new union, the tradition behind the honeymoon was somewhat different. The groom would abduct their new bride and go into hiding for thirty days after the wedding. During this time, family and friends would bring them a cup of honey wine each day and so the term honeymoon was coined.