Being a bridesmaid is a huge responsibility and not something you should take lightly, you're dedicating months of your time to essentially plan a wedding without getting any of the glory! You're going to be a therapist, mother, accountant and problem solver all in one. But it's a loving dedication to your friend or family member who ultimately trusts you enough to play a big role in one of the most important and exciting days of their lives! It's not as simple as saying yes and enjoying the day. There are plenty of mistakes bridesmaids can make. Here are the top mistakes you should avoid. 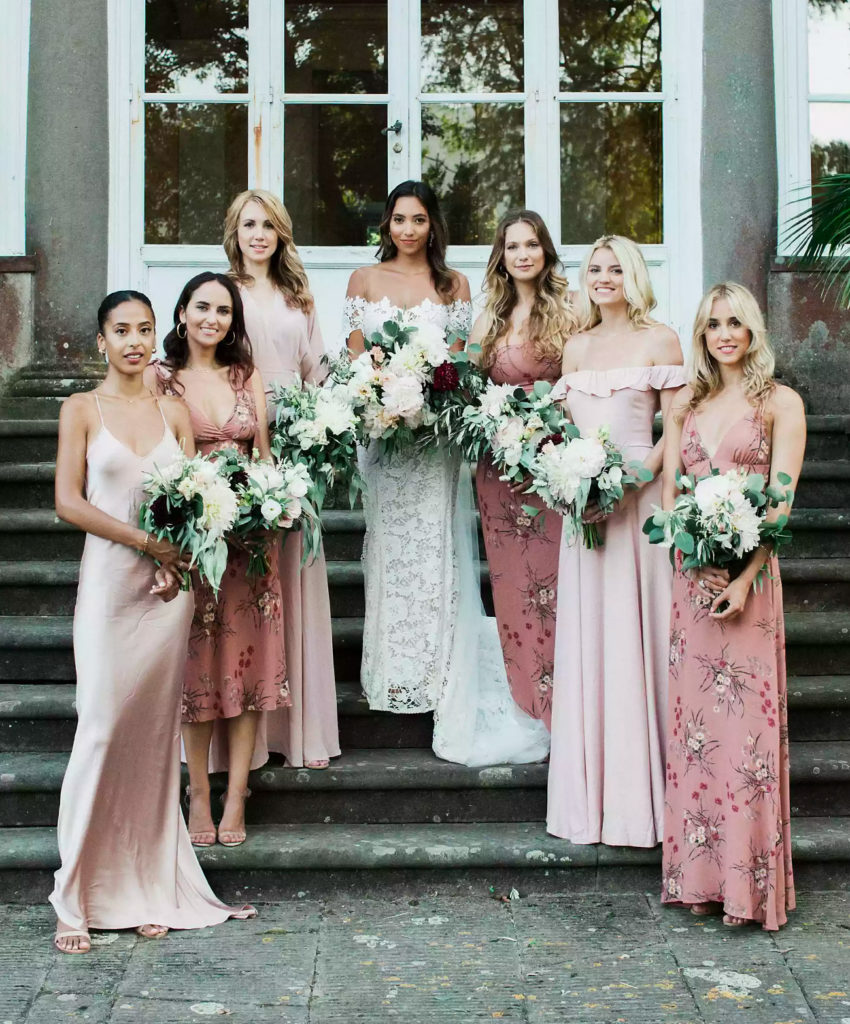 Being asked to be a bridesmaid is a huge honour, but it’s not one you automatically have to say yes to. There’s a lot that comes with being a bridesmaid, it’s not just wearing a pretty dress. It comes with responsibilities and most likely extra expenses. Before you say yes, make sure you’re actually up to the job, and you’re happy to do it for the bride in question because saying yes could be a mistake. Remember, if you commit and don’t deliver, there will be ill feelings and no one wants that.

Not Listening To The Bride 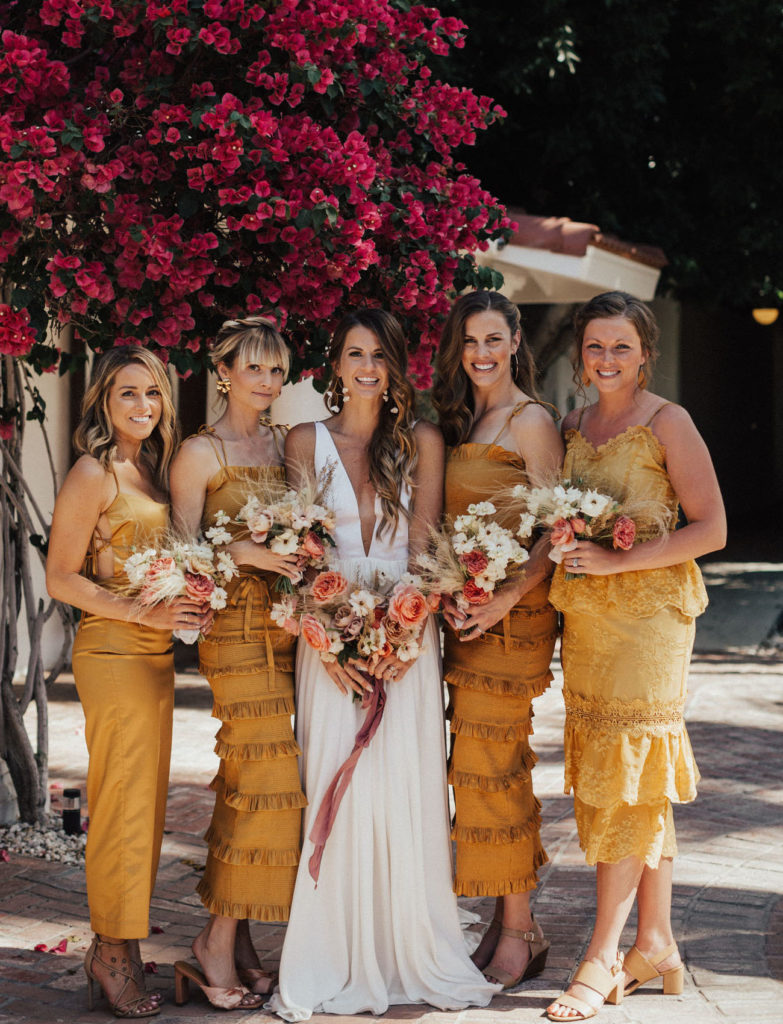 For Love and Light

Bridesmaids often make the mistake of not listening to the bride lose sight of the fact that it’s her day and bridesmaids are only there to offer help and opinions when asked for them. It’s not up to you to decide what’s ‘best’ for the bride, without her consent. This is where having a close relationship with the bride is important. You need to have some idea of her tastes and preferences, especially when it comes to planning the hen party. There’s no point in thinking of ideas for a big blow out party in town when the bride would prefer a relaxing spa break with her best girls.

Forgetting About Your Job 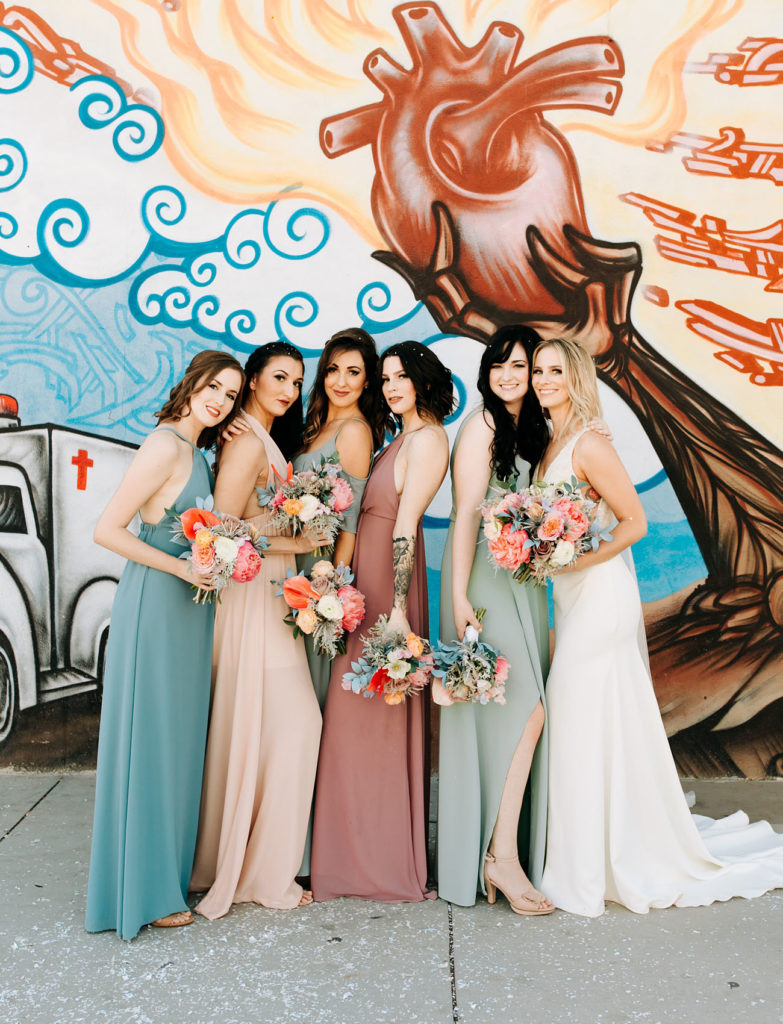 Many bridesmaids are guilty of helping the bride plan the wedding, getting everything ready for the day, and once the wedding takes place, they consider their job done. Yes, weddings are meant to be fun, but don’t make the mistakes that bridesmaids still have work to do, even on the day of the wedding. You have to make sure everything continues to go off without a hitch, and depending on what jobs you’ve been given, you may have to MC the speeches, direct guests in for the first dance, or even just keep the bride calm, happy and well-fed. But don’t let your guard down and assume you’re no longer needed. 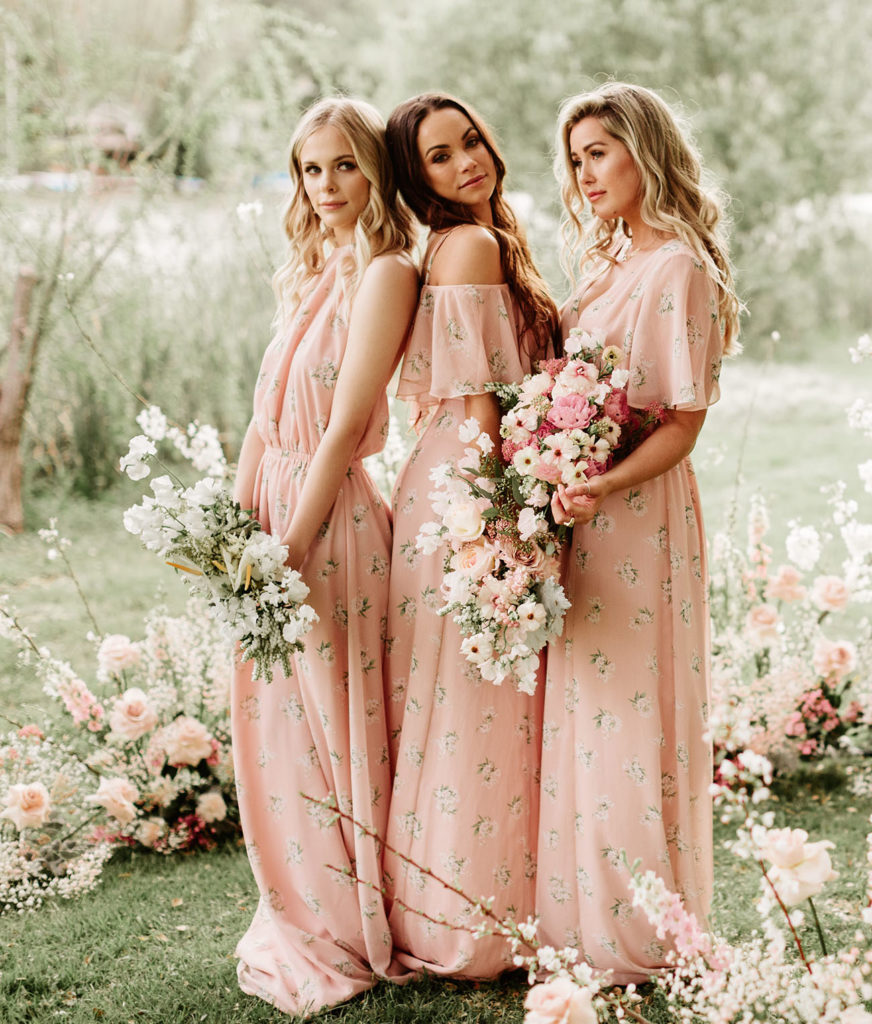 GWS X Show Me Your Mumu

Of course, it’s your job to be accommodating and helpful to the bride, but don’t let her take advantage of you. You have a life outside of her wedding and you don’t want to kill yourself doing everything you possibly can for her. There are most likely other bridesmaids that can share the load, and failing that, family members and other friends that would be happy to help. It’s ok to talk to your bride if you’re feeling overwhelmed. It would be better for her to get someone else to help out with something, rather than you saying yes and end up having to let her down. 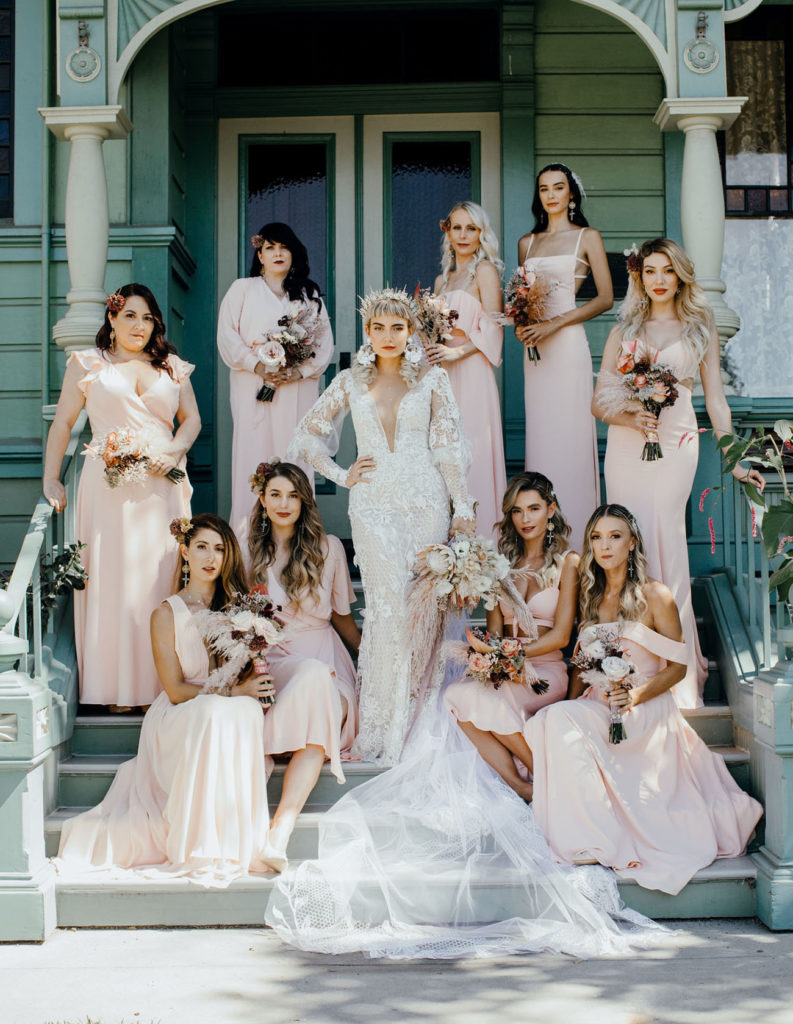 Ever heard of the phrase, “speak now or forever hold your peace”? The choice of bridesmaid dress is a bit of a touchy subject sometimes. Ultimately, it is up to the bride but most brides give certain leeway and options to the bridesmaids so they’re not unhappy with what they’re wearing on the day. We think it is good etiquette to give your bridesmaids some choices. However, if you’re a bridesmaid, and you’re presented with an option and asked what you think, be honest don't make the mistake of thinking it's better to just accept whatever the bride says. If you’re not willing to tell her how you really feel, you can't give out about the dress at a later stage. That's why she asked you for your opinion. 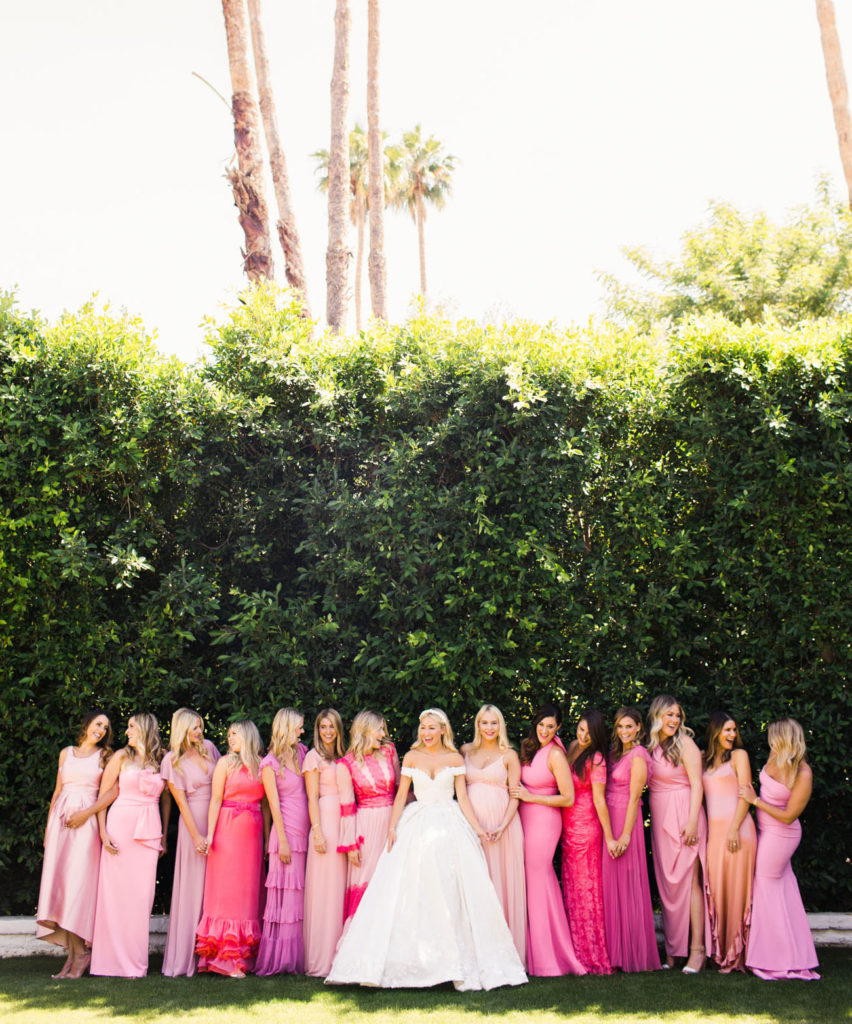 While you should give your opinion when asked for one, try not to make the mistake of being too picky when it comes to your dress. You should want to be as accommodating as possible, and it's fine to steer your bride towards your preference, especially if she asks but cut her some slack when it comes to making the final decision. It's still her wedding and you don't want to make it difficult for her.

Trying To Seduce A Groomsman 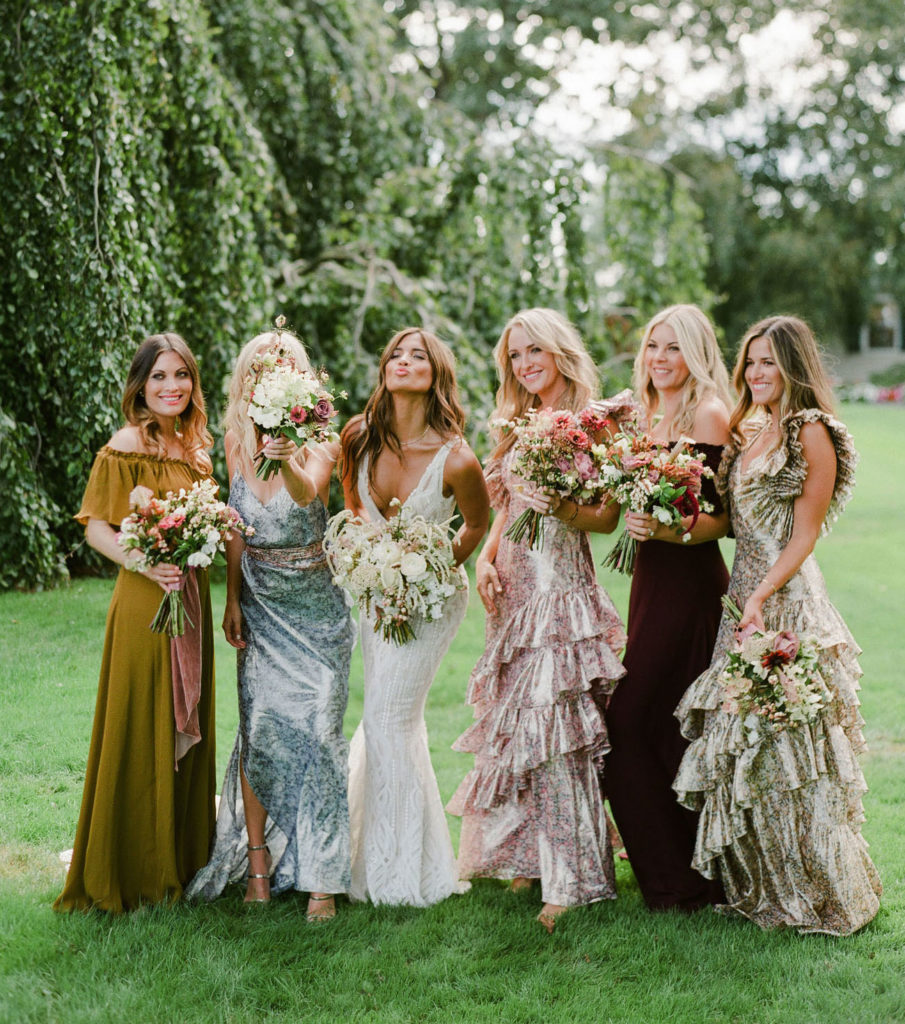 The wedding is not a pick-up destination for you and the other bridesmaids. You may be paired off with groomsmen for the ceremony but that does not mean you should pair yourselves off for the night. Remember when we said there's still plenty of work to be done? Chances are, you still have a responsibility to the bride and the groomsmen still have to be there for the groom. Not that you can't meet someone at a wedding as a bridesmaid, just try not to make the mistake of going off with them for the evening, especially if it's a groomsman.

Having One Too Many 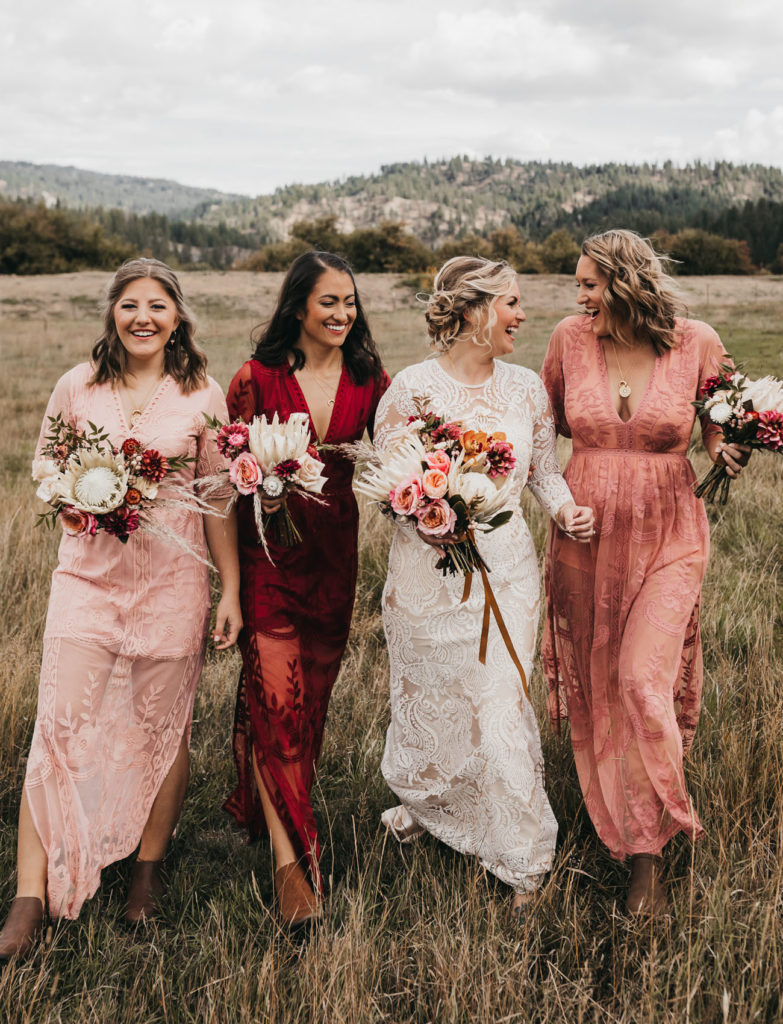 Or several too many as the case may be, make sure you keep your wits intact throughout the wedding. It's very easy to get tipsy at a wedding, especially at a wedding. You might have a glass or two of champagne before the ceremony, you will then have drinks throughout the day, and you might be running around looking after the bride almost too busy to eat. Watch your intake and don't make the mistake of having too many drinks. The last thing anyone wants to see is a drunk bridesmaid. No one wants to see a drunk bride either so make sure she gets a chance to sit down and eat herself and don't be the one encouraging shots.

Featured Image:
Marchesa
Saying Yes Too Soon:
Carla Penoncelli
Not Listening To The Bride:
For Love and Light
Forgetting About Your Job:
Alexandria Monette Photography
Bending Over Backwards:
GWS X Show Me Your Mumu
Not Being Honest:
Sara K Byrne
Being Too Picky:
Britt Rene Photo
Trying To Seduce A Groomsman:
Heather Waraksa
Having One Too Many:
Corrie Butler Photography