All that Sparkles: Is Moissanite a Diamond Alternative?

Moissanite, a lab-created stone with similar properties to diamonds, is proving an affordable alternative to traditional engagement rings and is fast seducing the Millennial market.

Traditionally, when we think of what an engagement ring is, we immediately conjure up images of a beautiful sparkling diamond. A physical embodiment of the steadfast nature of true love; sparkling, durable, longlasting and beautiful. No one can deny their timeless appeal, but as the modern consumer seeks more, an affordable and ethical option, it is easy to see why Moissanite is gaining in popularity. Historically, diamonds have been steeped in conflict with numerous environmental and societal issues attached to their mining. Conversely, as Moissanite is mostly lab-created, it is the ethical option for the conscious consumer and its many qualities appeal to a younger, more cost-discerning customer. 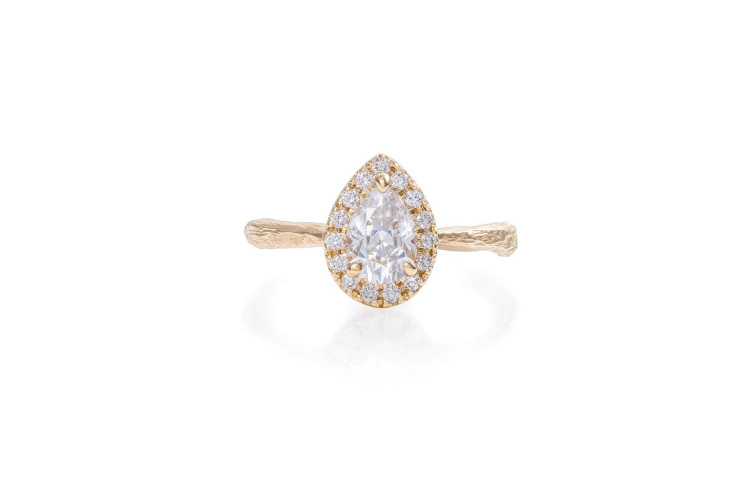 The question is, are Moissanites really a viable alternative to diamond? Well, if you conduct a simple Instagram search using the hashtag #moissanite you will discover 107k posts featuring this sparkling alternative. Appealing to a more youthful and internet-savvy audience, there are countless Instagram and Etsy stores selling jewellery created using this gemstone and these outlets are allowing a younger generation to access and purchase fine jewellery at a price point they can afford and via a platform to which they are accustomed. At the moment, their popularity seems to be predominately USA based, but with mainstream UK retailers like Debenhams introducing Moissanite into their collections, and even Irish designer Chupi creating a stunning ring using this gemstone, it is likely we are going to see a lot more of it in the future. 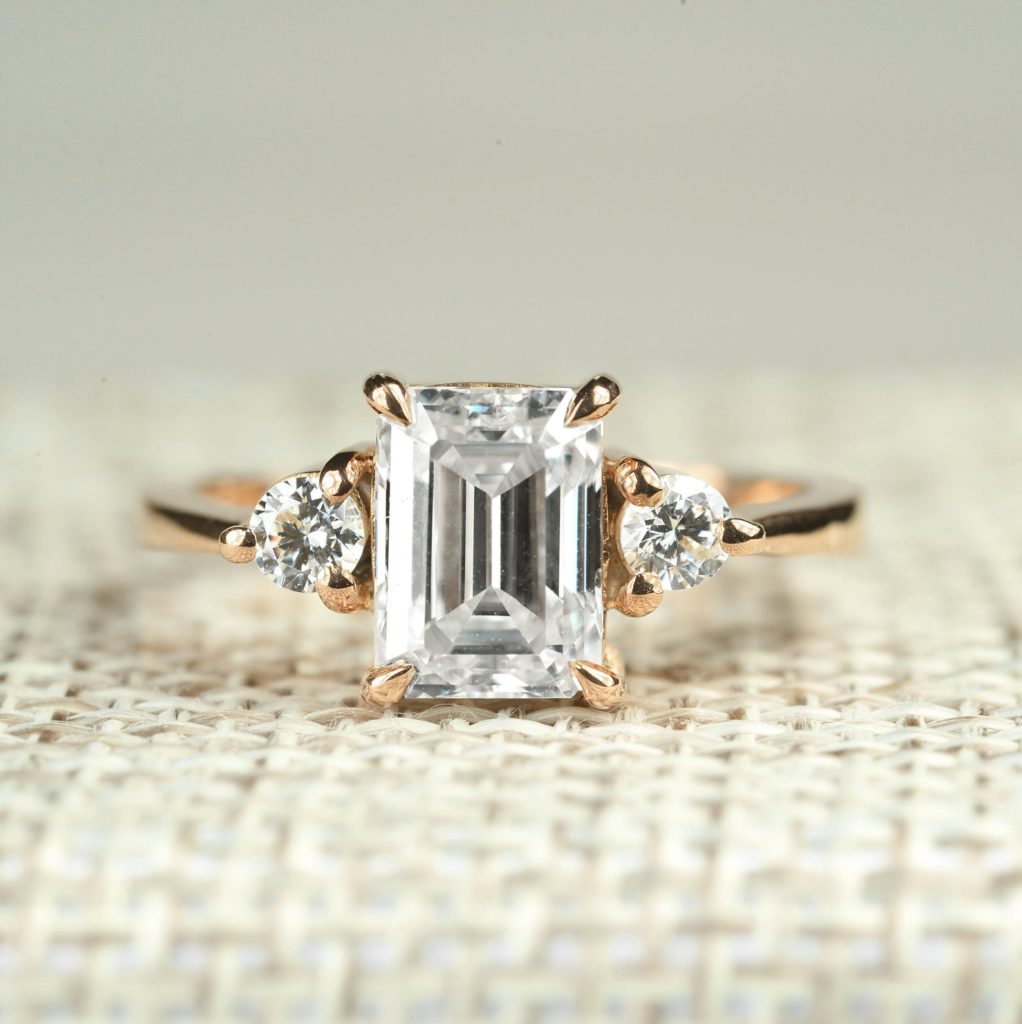 But where does Moissanite come from? Said to be from the stars, French scientist Henri Moissan first discovered Moissanite in 1983 at a crater site formed by a meteorite crash. Moissan initially thought that the particles he recovered were diamond, they have remarkably similar hardness and reflective properties (think sparkle), later lab analysis revealed a composition of silicon carbide, and so this rare gemstone was born. 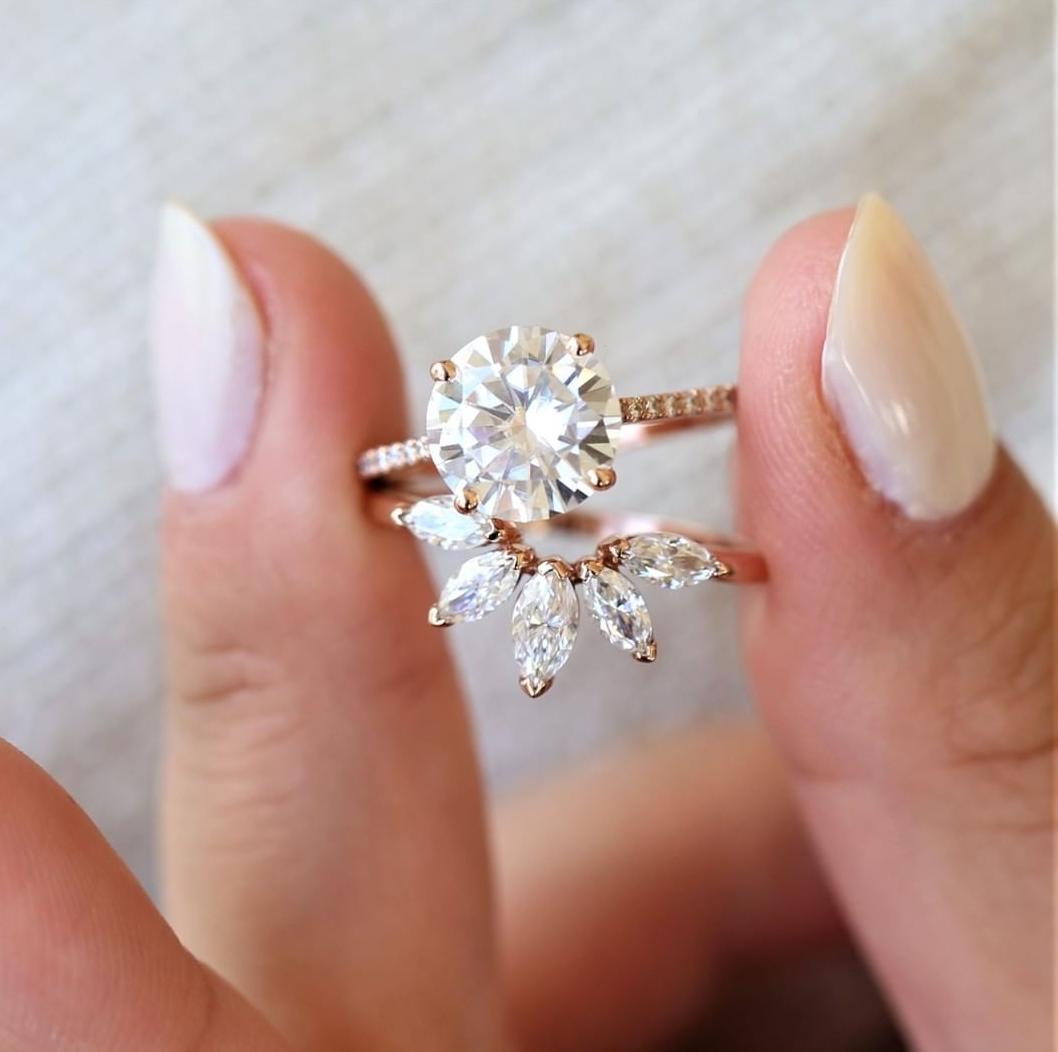 Although naturally-occurring it is scarce, so today nearly all instances of Moissanite are lab-created to exceptionally high standards. As before, Moissanite has remarkably similar characteristics to diamond, and when made in the lab this near colourless gemstone boasts 2.4 times more fire than diamonds and has an almost equal hardness and durability (diamond scores a 10 on the scale while moissanite boasts a healthy 9.25), yet costs only a fraction of the price. 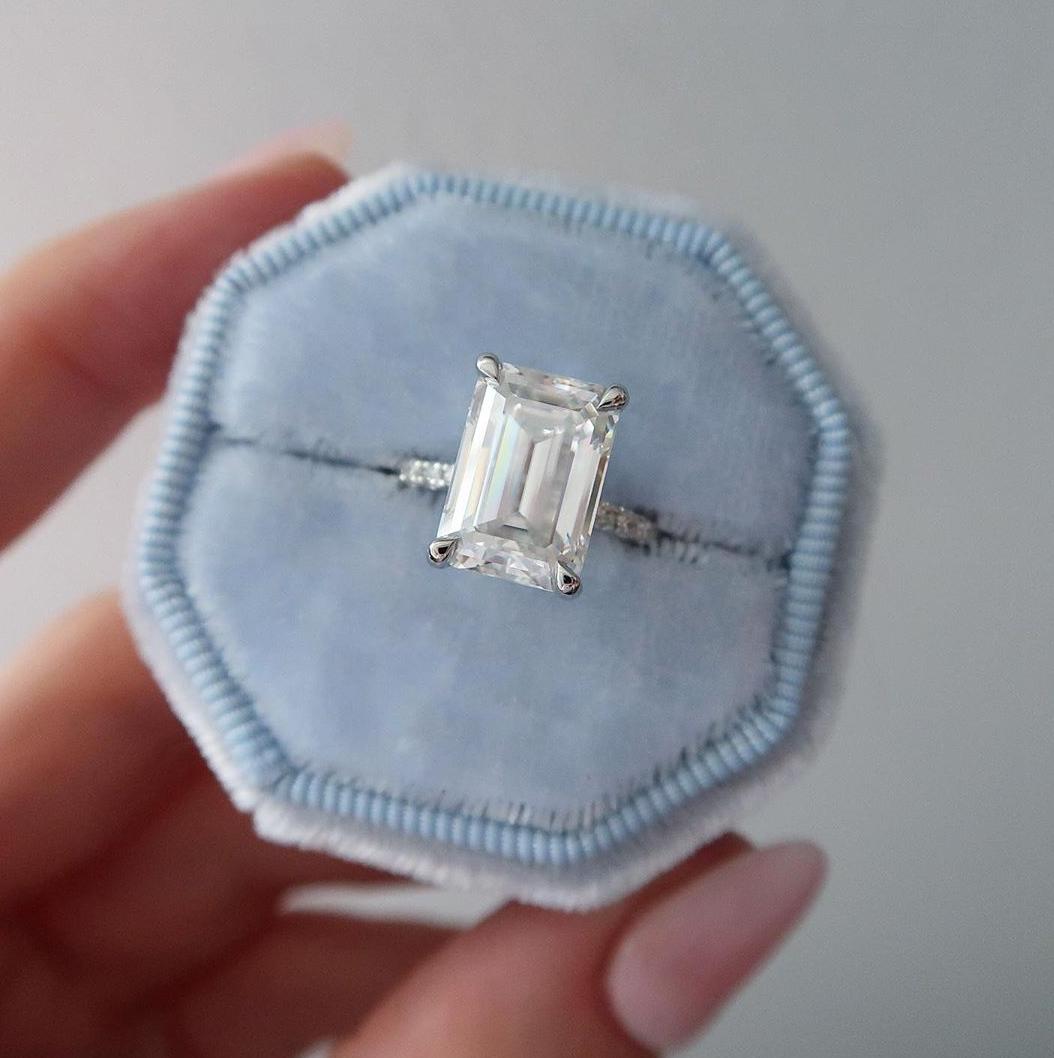 Still not convinced? It is easy to see why diamonds resonate as the most-prized precious stone, their heritage alone speaks volumes, and so they remain the first choice for the vast majority of those looking to purchase wedding jewellery. However, if you're considering thinking outside of the box, then you must consider Moissanite. Allowing for a strong visual impact without the budget needed for a diamond alternative, a buyer can purchase a ring that appears to cost in the tens of thousands for much less. This leaves plenty to put towards your dream honeymoon or the deposit on your forever home together.

To check out the biggest engagement ring trends of 2019, click here!